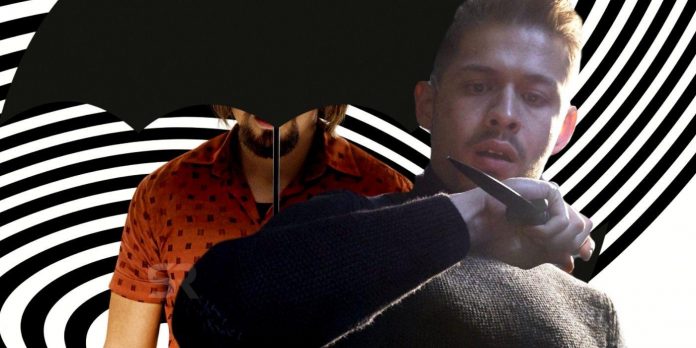 The first season of Umbrella Academy introduced viewers to the Hargreaves and their superpowers, and the second season showed a new side of Diego’s abilities — that’s how they really work. Created by Gerard Way and Gabriel Ba, The Umbrella Academy made its television debut on Netflix in February 2019 and was very well received by critics and viewers, receiving more viewers than one of the streaming giant’s most popular projects. Given this, it is not surprising that it was renewed for a second season.

Umbrella Academy follows the Hargreaves, seven foster siblings with extraordinary abilities. Along with 36 other babies, the Hargreaves were born on the same day, at the same time, and none of their mothers were pregnant at the beginning of the day. Eccentric scientist and billionaire Sir Reginald Hargreaves intended to adopt as many such children as possible, but received only seven. Reginald trained them and formed a team called Umbrella Academy, but the siblings’ paths diverged and they didn’t see or talk to each other until Reginald passed away. Later, the Hargreaves learned that the end of the world would come in just a few days, and joined forces to stop it, but failed, and they had to jump through time and space to a safer place.

The jump was made possible thanks to one of the siblings, the Fifth (Aidan Gallagher), who has the ability to travel through time. The Fifth’s abilities came in handy in the first season, but other members of the Umbrella Academy got the opportunity to show their superpowers in the second season, especially Diego (David Castaneda). In the first season, Diego was all in knives, demonstrating perfect accuracy when throwing them at the desired target, but in the second season he used this talent in a different way and in a way that helped them gain time. In the season finale “The End of Something”, a Handler appears with an army of Temps who start shooting at the Hargreaves. In order for the Fifth to run inside the house to protect himself, Diego uses his power to stop and redirect all the bullets fired at them, which was very useful. This, for obvious reasons, raised a couple of questions about what Diego’s forces really are.

In the comics, Diego is known as the “Kraken” for his ability to hold his breath indefinitely, which is a talent that the series decided to keep in order to make it as realistic as possible (within the parameters of the Umbrella Academy, of course). What has been preserved in the series about Diego’s talents is the curvature of the trajectory, which is why he handles knives so well and never misses. This power is not limited to knives, and he can bend the trajectory of anything he throws or is thrown at him, so he could stop and redirect bullets. However, if you look back at season 1, there may be a slight discrepancy when Cha-Cha and Hazel shot Diego in the arm, although this could be justified by the fact that Diego was caught off guard and, therefore, could not act quickly and redirect actions. bullet.

Diego was considered one of the least powerful or experienced members of the team, but the demonstration of the scale of his abilities in the second season of Umbrella Academy will surely change the opinion of many viewers. At the moment, it is unknown whether the series will continue to change the Hargreaves’ superpowers, but for now Diego’s powers match the source material minus the ability to hold his breath.

Will Diego die in the third season of Umbrella Academy?

Some fans are wondering if Diego is alive in the third season of Umbrella Academy. In the finale of the second season of “Umbrella Academy”, “The End of Something”, five brothers and sisters from the Umbrella Academy prevent the impending apocalypse, which was supposed to happen in 1963. Diego, along with his brothers and sisters, they are attacked by Handler and agents of the commission. Diego and the others hide in the barn, but suddenly the Handler appears, catching them by surprise and mercilessly shooting them. The Fifth uses his last remaining energy to turn back time – to go back a few moments and save himself, Diego and the rest of the Umbrella Academy from a terrible fate.

Then Umbrella Academy returns to 2019 only to discover that events have changed. Among other things, Ben and Reginald Hargreaves are still alive, and Diego and his super-powered siblings have been replaced by the so-called Sparrow Academy. Diego is with the group, still very much alive thanks to the skillful application of the Fifth Time Travel, the pillar of the Umbrella Academy. No character will live to see the end of the third season of Umbrella Academy, and nothing has been discovered to suggest that Diego won’t be breathing by the last episode. Despite everything, all five siblings from the first season are still alive in the incredibly dangerous world of Umbrella Academy. However, it is not guaranteed whether all of them will be able to continue cheating death until season 4.