Home Entertainment Umbrella Academy: 10 key plot points worth remembering before the premiere of... 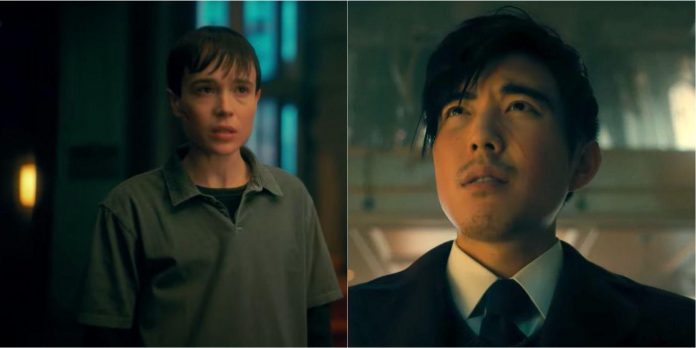 The long-awaited third season of the Netflix series “Umbrella Academy” will take place on June 22, 2022 after a two-year break since the release of the second season in July 2020. The TV series about superheroes traveling through time has become one of the most popular on Netflix since its debut. in 2019, and this is a great adaptation of the comic book series of the same name.

Season 2 left fans in a huge cliffhanger when the family returned to the present day after spending a season in the early 1960s, only to discover that everything is not the way they left them at the end of Season 1. With all of the third season coming out this week, here are the main plot points, which you need to remember until June 22.

Vanya will be known as Victor.

In the third season of Umbrella Academy, the character of Victor Hargreaves, formerly known as Vanya, debuts. The character has been known as Vanya since the first episode of the show, but in the new season he will become transgender, which will coincide with the transition of actor Elliot Page.

Victor is arguably the most important of Hargreaves’ seven siblings, as he can accidentally destroy the entire world if his powers are not controlled, as seen in several episodes. He was the focus of both seasons and will continue to play a big role in the third season.

When Umbrella Academy premiered for the first time, the reason for the reunion of the six surviving siblings was the death of their father, Reginald Hargreaves. He has always been the main character of the series, but is shown in flashbacks and when he was alive in the 1960s, when the family was stuck there.

However, due to the fact that the Hargreaves siblings are messing with the timeline, it turns out that he is alive and well in the season 2 finale when they return to the new present. It is not entirely clear how he is still alive, but the brothers and sisters who have repeatedly directly interacted with him in the past have done something to change his fate.

The Hargreaves siblings Left their 1960s lives behind

Realizing that they had no direct way to return to the present, the five surviving siblings found themselves in a completely different life in the 1960s. Luther participated in fake underground battles, Diego was placed in a psychiatric hospital, Victor was taken to the hospital and he lived with his family, Allison got married, and Klaus became the leader of a spiritual cult. The fifth spent all this time traveling through time and trying to figure out how to bring everyone home and solve their problems, rather than calm down.

At the end of the season, they all returned to our days, leaving their lives in the 1960s behind. It was one of the saddest moments Umbrella Academy, because it was Victor and Allison who seemed happier with their lives in the past.

The handler is dead

Handler was the main character in the first two seasons Umbrella Academy in the role of the former boss of the Fifth and the head of the commission. She served as an antagonist, often manipulating the Fifth and her adopted daughter Lila, forcing them to do whatever she needed.

Handler was killed during the finale by an assassin as an act of revenge in the best fight in the second season of Umbrella Academy. However, since time travel is the main plot, it is possible that the Handler may return during season 3.

Ben has passed into the afterlife

When Umbrella Academy first opened, it was immediately revealed that one of the siblings, Ben, was killed during an unsuccessful mission as a child. However, since Klaus can communicate with the dead, Ben remains a part of their lives, but only Klaus can see him or talk to him. It turned out that although he died, Ben never passed into the afterlife, because Klaus convinced him not to go to Heaven, so he could communicate with Klaus for 17 years.

Ben and Klaus’ relationship was one of the highlights of the series, but unfortunately, towards the end of season 2, Ben officially goes to Heaven after sacrificing himself as a ghost to save Victor and the rest of the siblings in an act that essentially kills him for the second time. Despite the fact that an alternate version of Ben lives in the present, Ben Hargreaves, whom fans are familiar with, will disappear at the beginning of season 3.

In the second season of Umbrella Academy, many of the Hargreaves siblings created a new life in the 1960s. Allison joined her husband, becoming an important figure in the Civil Rights Movement in Dallas, Texas. Of all the siblings, Allison was the one who loved living in the past the most, trying to change the situation to something important to her. She proved her bravery by not using her powers as a means to solve problems, as in childhood, but instead using her voice to stand up for herself and others.

Backroom Creepypasta Is Real or Not ? Cursed Dreams and More

Jared Leto is still ready to return to the role of...