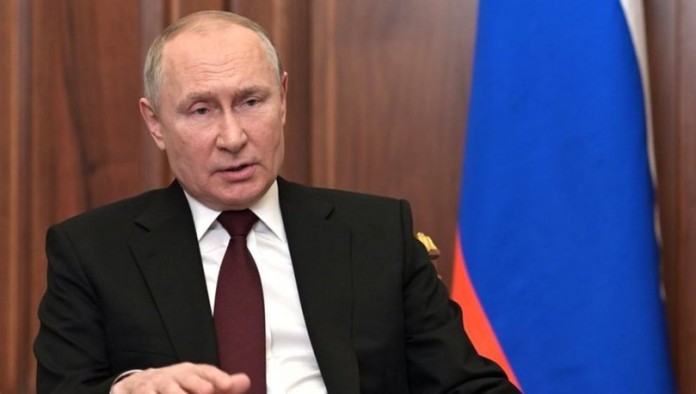 Hot developments between Russia and Ukraine are on the agenda of the whole world. Russian President Vladimir Putin ordered military action in Donbas. Noting that they have no intention of occupying the territory of Ukraine, Putin said, “The purpose of the operation is to protect the lives of civilians.” Putin also said that foreign interventions will be responded to. The Russian leader called on the Ukrainian soldiers to lay down their arms and withdraw. Here are the details of the last minute developments..
Last-minute developments continue to occur in the Russia-Ukraine crisis, where tensions have escalated rapidly for days. The Russia-Ukraine war started with Putin’s order at 6:00 pm. Russian President Vladimir Putin announced that they have launched a special military operation in Donbas in eastern Ukraine. “I want to appeal to foreign powers,” Putin said. “Whoever tries to pose a threat to Russia will be dealt with immediately,” he said. “Russian forces have entered the Kiev region,” the Ukrainian border guards said in a statement. After Putin’s statements, sirens are heard in Kiev, while people are trying to leave the city. Kremlin, on the other hand, said in a statement that “Putin will determine the duration of the operation, there is no invasion”.

The Russia-Ukraine war started with the order given by Russian President Putin to the army in the morning. Many regions in Ukraine, especially the capital Kiev, were the target of attacks. While the Ukrainian army announced that the Russian tanks had crossed the border, the world, especially the USA, reacted to Russia. Ukrainian leader Zelensky, who ordered the army to “do maximum damage to the enemy”, also called for resistance to the public. Here are the latest developments, minute by minute, from the region where the conflict news came from…

15.05: British Prime Minister Boris Johnson, ‘A free, independent European country must ensure its own destiny. England is also on the side of this right,’ he said.

Saying that Russia is facing ‘big’ new sanctions from the West, Johnson described Putin’s invasion of ‘dictator’ Ukraine as a ‘disgusting and barbaric attempt’.

Former SEC manager: XRP should be accepted like ETH