Home Tech Ukraine’s Prize Announced For Crypto Money Donors May Have Been A Fraud... 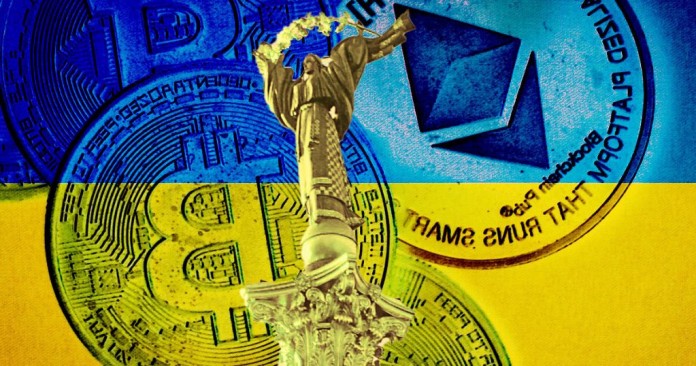 After Ukraine’s airdrop announcement to cryptocurrency donors yesterday, it was seen that a token from Ukraine’s cryptocurrency wallet started to be distributed today. But it turned out that the transaction was carried out by third parties.

After the Russian invasion of Ukraine, the Western world began to support Ukraine financially. While donation campaigns are started in many countries for Ukraine, one of these campaigns continues in the crypto money world. Donations made through crypto money, which started last week, have reached more than $ 50 million today.

Donations made by sending them to official cryptocurrency wallet addresses shared by Ukraine were normally made without expecting anything in return. But Ukraine has decided to make a comeback to cryptocurrency donors. While Ukraine has not shared any details about the airdrop yet, things seem to be mixed for the moment.

Ukraine’s Airdrop campaign may have been the opportunity for scammers:

In the past few minutes, it has been seen that WORLD tokens have started to be distributed from the account in question named ‘Ukraine Crypto Donation’. As of writing this article, more than 1,400 crypto money wallets have been transferred. However, there was a development in Etherscan in the following minutes.

Etherscan marked the address in question, which appears to have sent WORLD tokens, as suspicious and warned people that the address could be used for spam or fraud. Blockchain experts also made a statement on the subject. Experts explained that such a transaction could also be triggered by third parties, and that the Ukrainian wallet has never directly interacted with Peaceful World tokens. This means that the Airdrop plan in question may have been used as an opportunity by fraudsters.

Ukraine has not shared any developments about the airdrop yet. The last statement made yesterday morning included the Airdrop announcement and announced that snapshots would be taken on March 3 at 19.00. We will continue to report as we progress.

Ukraine’s Minister of Digital Transformation Mykhailo Fedorov announced that they have canceled the Airdrop campaign they started. The Airdrops we mentioned above are indeed the work of scammers. The Minister’s statement was as follows:

“After careful consideration, we have decided to cancel the airdrop. Every day there are more and more people who want to help Ukraine fight aggression. Instead, we will soon announce NFTs to support the Ukrainian Armed Forces. We don’t have a plan”