Home News Ukraine Under Attack Files ‘Genocide’ Case Against Russia: So What Is Genocide... 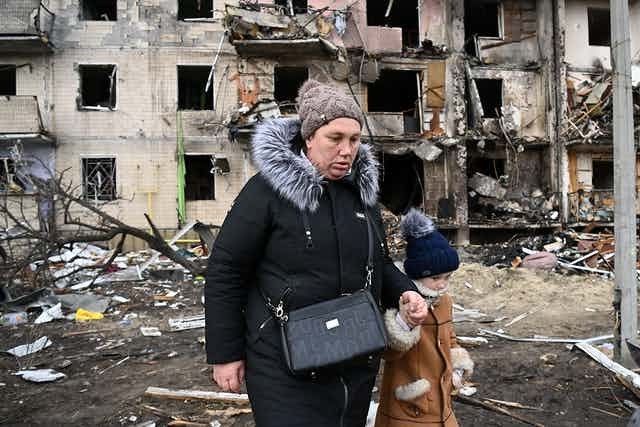 Ukraine sued Russia, which invaded its territory. In the statement made by the International Court of Justice, the reasons for the case were also explained. Ukraine thinks Russia is trying to commit genocide.
An important development took place in the Russia-Ukraine war, which is the number one issue on the agenda. The International Court of Justice (ICJ) announced that Ukraine filed a lawsuit against Russia. According to the statements made, Ukraine accuses Russia of violating the Genocide Convention. In the simplest terms, Ukraine claims that Russia is trying to commit genocide.

The International Court of Justice (ICJ) has been content with announcing the case for the time being. However, given the war situation, it is thought that the ICJ will set the trial date as soon as possible. Ukraine wants an injunction against Russia as a result of the investigations to be made. So what exactly does the Genocide Convention mean?

The Genocide Convention defines the term “genocide” as follows:

With intent to destroy, in whole or in part, a national, ethnic, racial or religious group;

murder of group members;
Harming group members physically or mentally;
The group is exposed to living conditions that will end its physical existence completely or partially;
Inhibition of intra-heap duplication;
Transferring children from a group to another group
the processing of any of its actions.

In the 1948 convention of the United Nations, the situations that should be punished regarding genocide are explained as follows:

The following actions are penalized: