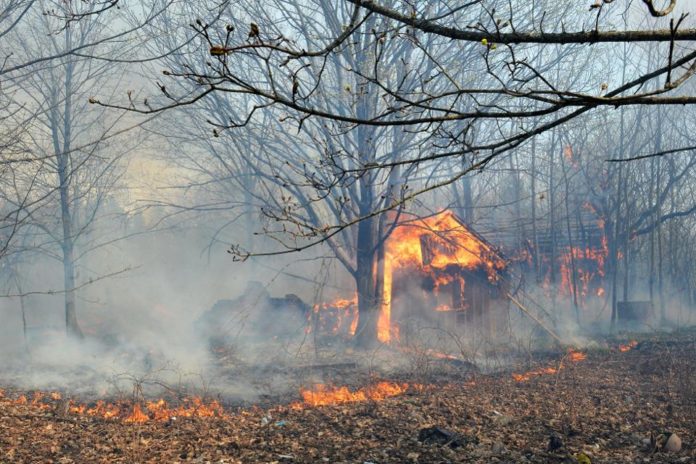 Ukraine, which has been on the agenda recently with the fire near the Chernobyl Nuclear Power Plant, made the relaxation statement. President Volodimir Zelenskiy announced that the fire was extinguished and that there was no risk of any disaster.

In a news that we shared with you yesterday, we stated that a fire broke out in Ukraine and this fire has reached 2 kilometers to the Chernobyl Nuclear Power Plant, where one of the world’s largest nuclear disasters took place years ago. Finally, a good news came from Ukraine. President of Ukraine Volodimir Zelenskiy announced that the forest fire was extinguished.

The fire that made a sound all over the world came out on April 4 and it has been trying to be under control for about 10 days. The studies made enabled the fire to be finally brought under control and extinguished. In his statements, Zelenskiy urged his citizens to remain calm, saying that the fire in the region was extinguished and that there was no increase in the level of radiation in the Kiev region, as claimed.

The reason for the sudden return of the whole world to Ukraine was due to the fact that the fire broke out around the Chernobyl Nuclear Power Plant. Because in the event that the fire could not be controlled, there was a possibility to leap to the radioactive waste storages that have critical importance both in and around the power plant. The interventions made it possible to prevent the feared end.

Ukraine, which has been struggling to extinguish the fire since April 4, has tried to solve why it was caused. Authorities stated in their first statement that they suspect swaddling. However, according to the latest statements from the Ukrainian police, a 37-year-old person caused this fire while burning the garbage in his village. The police announced that the suspect was in custody.

“Nobody will hide the facts”
The Chernobyl Nuclear Power Plant, which caused one of the biggest environmental disasters in the world, caused great controversy during the disaster. So much so that the government of that period hid the facts from both its citizens and other countries. This fire also led to the talk of allegations that the facts were concealed across the country.

Statements on this subject were made by the President of Ukraine Zelenskiy. “We remember the lessons we learned from April 26, 1986. Nobody will hide the facts from you. Today’s reality is where the situation is under control …” Zelenskiy said. The statements made both the Ukrainian citizens and the people closely following the issue relieved.

Booking.com tried to hide data leak and ended up fined