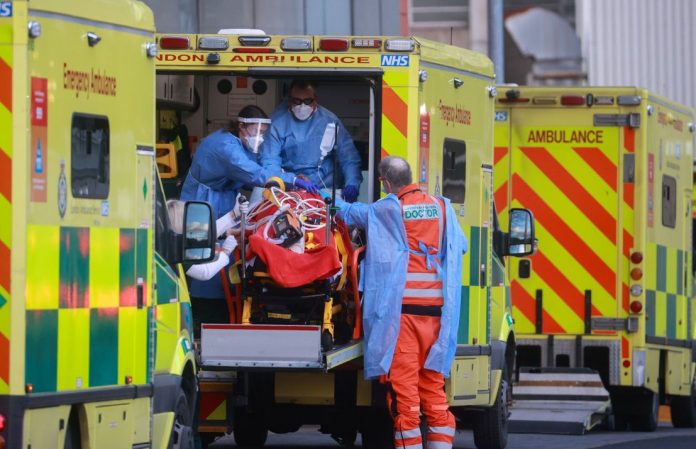 In addition to the positive cases of COVID-19, the authorities report more than 80 thousand deaths.

This Saturday, January 9, Somagnews was informed of another 1,035 deaths, bringing the official total to 80,868 in the United Kingdom.

The total number of laboratory-confirmed coronavirus cases in the UK has now also exceeded 3 million, according to the government panel, although the actual number of infected people is likely to be much higher.

The 3 million figure has been surpassed just three weeks after cases surpassed 2 million on December 19.

The mark of 1 million laboratory-confirmed cases was reached on October 31, although the government did not begin mass testing until May and there were prolonged problems after this.

Another 1,035 deaths were reported on Saturday after a Covid test in the UK, bringing the total to 80,868. The number of people who tested positive for coronavirus increased by 59,937.

Only the US, Brazil, India and Mexico have recorded more deaths from COVID-19, according to Johns Hopkins University.

Separate figures released by UK statistical agencies for deaths where Covid has been mentioned on the death certificate, along with additional data on deaths that have occurred in recent days, show that there have now been 95,000 related deaths. with Covid in the UK.

Intensive care physicians are struggling to treat more patients than at any time in the past four winters as the second wave of COVID-19 infections increases rapidly.

As the vaccine rollout continues, Susan Michie, a member of the Scientific Advisory Group for Emergencies (Sage) and a professor of health psychology at University College London, said on Saturday that the current lockdown was “too lax.”

“We have the winter season and the virus survives longer in the cold, also people spend more time indoors and we know that aerosol transmission, which occurs indoors, is a very important source of transmission of this virus,” he said. she.

“And secondly, we have this new variant that is 50-70% more infectious. If you put those two things together, in addition to the NHS being in crisis, we should have a stricter lockdown rather than less stringent than we had in March. ”

However, urgent action has also been called for to improve public health amid severe inequalities.

NHS physician and activist Dr Phil Hammond tweeted: “My lesson of the year is that we were very ill-prepared to handle the pandemic and mitigate the harms of our management of the pandemic.

This is because we are a hugely unequal society in which the poorest die a decade earlier and suffer 20 more years of disease. And that was before Covid. “