Home News In the UK, Police will be Authorized to Detain a Corona Virus... 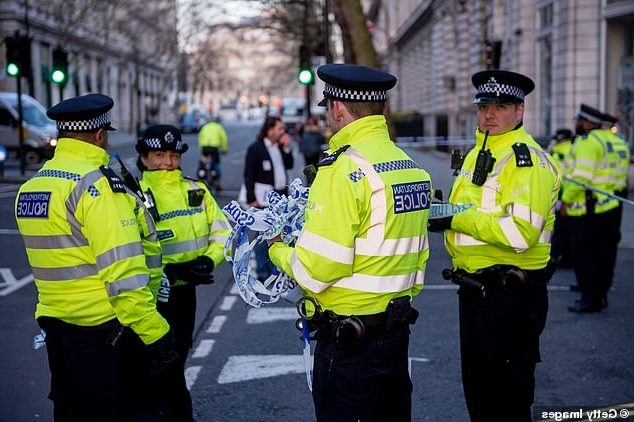 The British government is preparing for an arrangement that gives the police and security forces broad powers as part of the measure against the Corona virus. With the new arrangement, the police will be given the authority to detain the patient infected with Corona virus.

The new deadly Corona virus (COVID-19), which has emerged in Wuhan, People’s Republic of China, has spread to the world and has killed 5,429 people so far, is causing concern in Europe. Finally, it was announced that the British government is preparing to make an arrangement that gives the police broad powers in the fight against outbreak.

Under the crisis plan, police and paramedics will be empowered to detain patients with the Corona virus. Authorities will also be given the power to stop vehicles, trains, ships and aircraft and close ports. In addition, measures will be taken to speed up the crematorium and funeral procedures. The new measure package is expected to be announced on Monday. Such measures were beginning to be taken in Scotland, and the rest of the UK appears to follow the example of Scotland.

Meetings are banned
Despite all this, it is stated that schools will not be vacated in the new plan. Holidays were a special request that parents brought up. The new measure package is expected to be brought to parliament within 14 days. It is stated that the new precaution laws will remain in practice for two years. Although Prime Minister Boris Johnson said yesterday that he did not favor the banning of mass gatherings yesterday, it is said that gatherings of 500 or more people will be banned with new measures. Scotland and Ireland had taken these measures before.

Johnson also wants more companies to move from home to work. It is also aimed to stop public events to reduce the burden on ambulances and police. The number of cases ever seen in the UK is 798. The number of people who died due to the new Corona virus 11.

On the other hand, in England, leagues were delayed due to the Corona virus threat. Arsenal Coach Mikel Arteta, three unidentified Leicester City players, an unspoken footballer in Everton, and The Championship, including the Premier League after the Corona virus appeared in Chelsea’s Callum Hudson-Odoi, who played in Chelsea. matches were suspended until April 4, 2020.