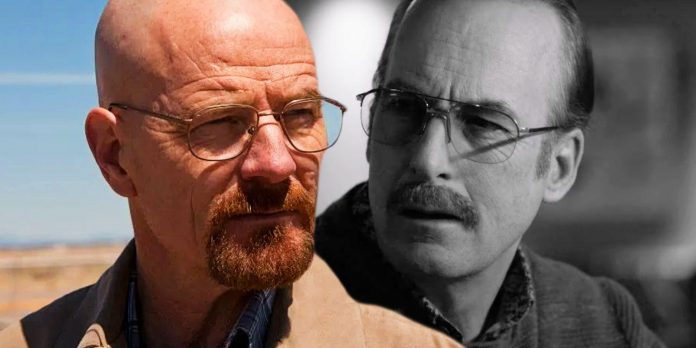 Breaking Bad begins with a hooded Saul Goodman sitting in the backseat of Walt and Jesse’s van in an absent scene from his debut episode of Breaking Bad. After spending six seasons with James McGill/By Saul Goodman, he got a brilliant return after seeing the infamous “Breaking Bad” scene from his point of view. This is especially powerful when Jesse asks Saul about Lalo, emphasizing how much he still fears the recriminations of Salamanca’s missing cousin. While Walter and Jesse’s return may have come at the most obvious moment in Saul Goodman’s timeline, it works to add layers to the stories of both “Better Call Saul” and “Breaking Bad.”

When Gene and his new fellow criminals embark on identity theft fraud, “Better Call Saul” recalls how Saul Goodman first met Walter White and Jesse Pinkman. They are in stark contrast to Jeff and Buddy, the amateur crooks from Omaha. Saul Goodman sees potential in Walter and Jesse, his Omaha alter ego Gene Takavich sees Jeff and Buddy as malleable accomplices in crime. Returning to his first encounter with Walter and Jesse’s meth lab, “Better Call Saul” further justifies its place as a prequel, emphasizing how integral a part of Heisenberg’s rise to power was Saul Goodman.

This flashback implies that the final episodes of “Better Call Saul” will focus on how Saul Goodman played a role in connecting Walt and Jesse with Gus Fring. Conversations between Saul, Mike, and Gus took place off-screen during Breaking Bad, but due to the fact that three characters are the focus of “Better Call Saul”, viewers can see how these discussions take place. When he first tells Mike about Walter and Jesse in the second flashback, Saul is bluntly told that Gus is not interested in their amateur drug operation.

The audience knows that this worldview is changing, so the question is how Saul changes Mike and Gus’ opinion. It has been confirmed that there are two more scenes ahead, one with Walter and one with Jesse, so there will be at least two more flashbacks to the Breaking Bad timeline in the final episodes. The return of Walter and Jesse in the final episodes of “Better Call Saul” is the perfect way to end the prequel by retelling the story of “Breaking Bad” from the point of view of the main character of the prequel.

Tim Drake confirmed why it took him so long to come...