Home Tech A ‘UFO Hunter’ claims that aliens have begun to leave Earth due... 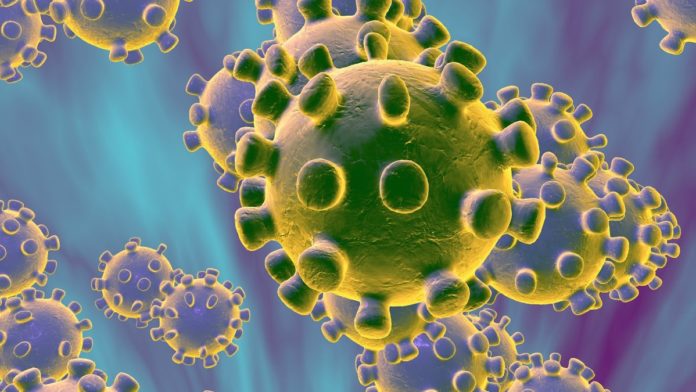 A conspiracy theorist named Scott Waring watched NASA’s live streams, suggesting that aliens had begun to leave the world because of the corona virus outbreak. According to Waring, the number of UFOs to be seen in the sky will increase due to the epidemic.

Deaths are increasing day by day due to the new deadly corona virus emerging in Wuhan, People’s Republic of China. While conspiracy theories about the virus outbreak have been on the agenda from the very beginning, now the connection between the epidemic and alien creatures has begun to be established.

Scott Waring, also known as the extraterrestrial fighter, claimed that an alien aircraft once again appeared near the International Space Station (ISS). Sharing what he saw on his blog “ET Database”, Waring said that he was following what was happening from NASA’s live broadcast camera and that the camera was focusing on a strange object from below the ISS.

‘An increase in the number of aliens leaving the world can be observed’
Waring first thought that this object descended from the low earth orbit to the ground, but when he saw that the object disappeared in the depths of space, he was “gone mad.” Waring argued that the flying object was not a U.S. Air Force plane because the person on the camera was scared and unprepared due to the sudden appearance of the object.

At this point, Waring includes the corona virus outbreak in its story. According to him, alien creatures on Earth may have decided to leave the world because of the virus spreading like an uncontrollable forest fire. “UFO hunter” states that if this is the case, there will be an increase in the view of unidentified flying objects, and aliens will begin to leave the underground bases and leave the atmosphere of the earth.

While the number of cases seen due to the Coron virus outbreak increased to 78 thousand 891, the total number of deaths increased to 2.466. After 8 people lose their lives because of the virus in Iran, Turkey, decided to close the border with Iran. While the number of casualties in South Korea rose to 6, the number of cases in Europe is also increasing. Finally, the famous Venice Carnival in Italy has been canceled due to corona virus concern. The Venice Carnival, which attracted tens of thousands of tourists to the city, was planned to last until Tuesday.

Development of Chrome and Chrome OS Stopped Due to Corona Virus