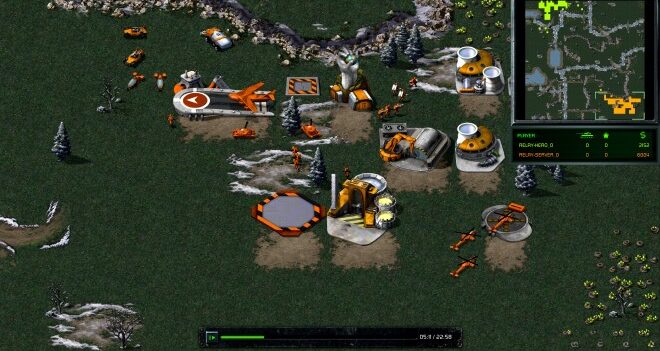 Command & Conquer fans have long wondered if a mysterious object seen in the game is UFO. The object was not understood due to the low resolution of the original game. However, thanks to the newly remastered version of the real-time strategy game, the secret of the object, which cannot be determined, has been solved.

In the third GDI mission in Campaign mode, there is a strange looking object west of the cliff in the starting area. In the game, which was released in 1995, it was difficult to identify the object due to the pixel pixel image. The players thought the object was a UFO or a Scrin ship.

What the mysterious object in Command & Conquerer was announced years later

13 years after the release of Command & Conquer, the developers at studio Petroglyph, a former employee from developer Westwood Studios, and for the remaster version, revealed that the image was actually portraying the helicopter crash. “The theories about what happened were a lot of fun, but not a UFO or Scrin ship. It’s a helicopter wreck. It’s been there since C&C (DOS),” says developer Adam Isgreen. said.

Steam Workshop user NightShadow02 together with Reddit user Nyerguds created the UFO mode for entertainment purposes. His work attracted the attention of the Command & Conquer community, and the fun started again. A Reddit user took the humor a step further by writing “I would have thought that it was always a toilet, to be honest.”

Twitter Tests Function That Removes Followers From Your Profile