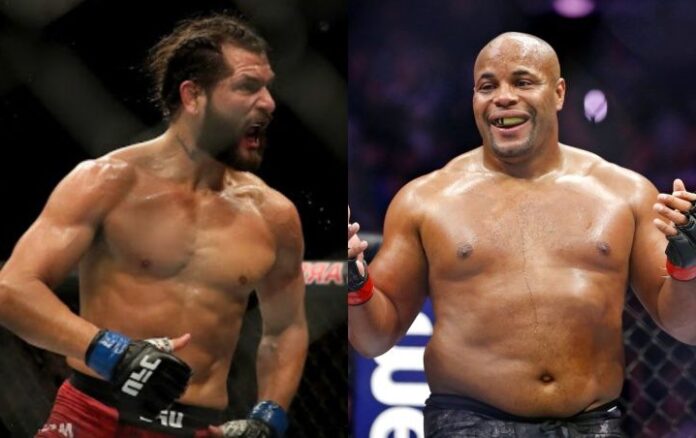 Former heavyweight champion Daniel Cormier of the UFC to face reigning champion Stipe Miocic, mocked comments Jorge Masvidal that identified him as one of the favorites of the company to earn good wages for their fights.

Daniel Cormier has seen Jorge Masvidal’s criticism of the “white knights” with comments on jobs that side with the UFC in the fight for the fighters’ salaries. And the way Cormier saw it the comments laughed at them.

Good one today , thanks boys for pushing me. 📸@iamthebay pic.twitter.com/4mj7UOkiW1

Daniel Cormier has said before that he believes the best approach to requesting a UFC pay raise is to keep discussions private and reach a settlement without going public.

In an interview for ESPN Cormier commented that he never simply said fight but that Masvidal made comments where he indirectly referred to him, stating “no one has been doing it as long as I have been”, asked what did Jorge mean by his comments?

I’m still trying to get paid not played. Why we here now

‘If he’s talking about me, I’ve done it like him, if not better. Not just him, I’ve done better than most people in the world, “said Cormier.

He added that if Jorge Masvidal’s comments were to him they just don’t work and that maybe he is talking about those other guys, because that “or like me” part doesn’t work for him.

Masvidal was embroiled in a public dispute with the UFC over his contractual status, alleging that the promotion wanted him to take less money to fight welterweight champion Kamaru Usman than he won for his “BMF” title fight with Nate. Díaz last November.