Home Crypto UBS Strategist: Gold Price Will Drop To These Bottoms By December! 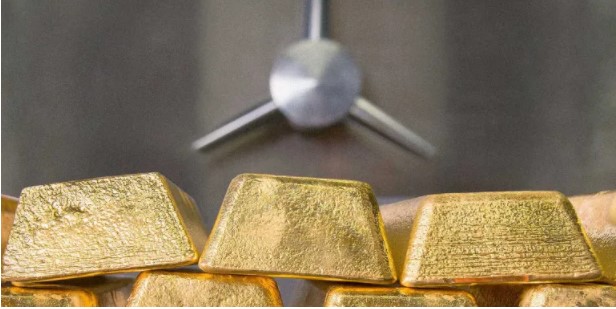 UBS Investment Bank precious metals strategist Joni Teves said that gold prices, which have risen in recent weeks amid fears that Russia will invade Ukraine, could decline in the future. He states that he has an expectation of $1,600 per ounce for the price of gold by the end of 2022.

Gold price rises with developments in Russia and Ukraine

Prices rose as demand for the safe-haven metal surged amid rising tensions in Europe after Russia recognized them as independent states and sent troops to separatist regions in eastern Ukraine. Ounce gold is traded at 1.896 liras in the markets. Geojit Financial Services’ Chief Investment Strategist V.K. Vijayakumar said, “The situation remains uncertain. “We don’t know if the tension will escalate or if it will be brought under control from now on,” he said.

In global markets, spot gold prices hit a nine-month high at $1,909.54 an ounce on February 22. U.S. gold futures rose 0.7 percent to $1,913.60. Traditionally, gold is considered a safe investment in times of uncertainty. Investors have been turning to the yellow metal for the past few weeks as Russian President Vladimir Putin keeps the world tense over Ukraine.

Teves said that in the future, the gold market will once again focus on macro factors such as real rates, US Federal Reserve Policy and growth outlook. “An environment in which real rates rise and the Fed tightens policy creates a negative backdrop for gold,” Teves said. He added that the power underneath will “ultimately be short-lived.” Teves said that the Fed is expected to increase interest rates to reduce inflationary pressure by the end of this quarter and this will affect gold prices.

Yields on assets such as U.S. Treasury bills tend to rise in anticipation of higher interest rates, lowering the prices of non-yielding assets such as gold. However, UBS thinks the risks of gold are rising. The strategist said that another factor that could lead to gold allocations starting to rebuild is that investors are more concerned about economic growth, which has been slowed by the Fed’s tightening policy.

World Famous Analysts: These Are Next for Gold Price!