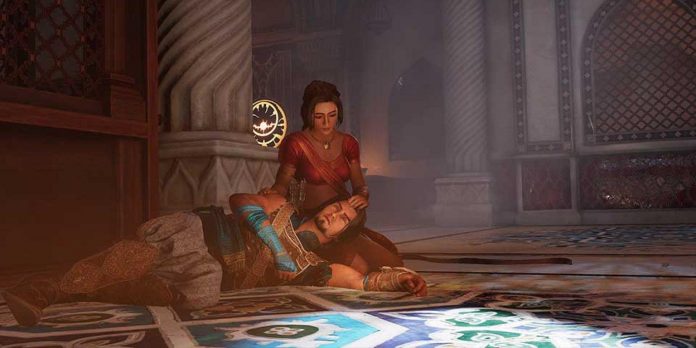 The Prince of Persia franchise was created by Jordan Mehner, and although the first games were successful, in 1999 it plummeted with the release of Prince of Persia 3D, which, according to critics, contained errors. Fortunately, this did not mean the end of the series, as Ubisoft rebooted it with Prince of Persia: The Sands of Time, which was met with critical acclaim. The Prince of Persia was more popular than ever, but in the end he had to step aside in favor of Assassin’s Creed.

Fans of the series are looking forward to the remake of Prince of Persia: The Sands of Time, which Ubisoft claims is on its way. However, it has recently become clear that the company is reducing its costs only for the most necessary. This could be bad news for the Prince of Persia franchise, which probably doesn’t enjoy high priority.

Ubisoft is a large company with studios all over the world, which allows it to work on several projects simultaneously. However, he does not have infinite resources, and he has to make choices and set priorities in order to manage his large stable of franchises. While this may mean that fan favorites are sometimes neglected, this is a Ubisoft product that has to balance between satisfying its investors and satisfying the largest number of players.

In a recent telephone conversation with Ubisoft investors, it turned out that Ubisoft decided to reduce its costs and refocus its attention on more priority projects. According to Kotaku, one of the delayed games is Avatar: Frontiers of Pandora, which Ubisoft originally planned to release in December 2022 along with James Cameron’s film Avatar: The Way of Water. The investor call also mentioned an “unannounced smaller premium game” that has been delayed, which sounds like it could be Assassin’s Creed Rift, a rumored side game centered on Basim from Assassin’s Creed Valhalla.

During the call, bad news came for Ubisoft fans, as it turned out that Splinter Cell VR and Ghost Recon Frontline were canceled. These events may disappoint many gamers, but this does not mean that Ubisoft will not release any releases, as it is reported that Assassin’s Creed Infinity is still in development. However, this news casts a shadow over some of the company’s less popular franchises, including Prince of Persia.

The Future of the Prince of Persia

Before Assassin’s Creed, there was Prince of Persia, a dynamic platformer that played with time travel mechanics and action adventure elements. The franchise began in 1989, but its popularity peaked at The Sands of Time, which began after it was picked up by Ubisoft. Although Ubisoft eventually moved on to Assassin’s Creed using many ideas taken from Prince of Persia, this series has an enduring cultural legacy in games.

Recently, it seemed that for the first time in many years, Prince of Persia’s affairs were going well. In 2020, Ubisoft announced that a remake of The Sands of Time 2003 was being prepared, and its release date was set for January 2021. However, Ubisoft postponed it until March 2021, and then postponed it indefinitely. Given the recent events at Ubisoft, Prince of Persia may have faded into the background for a long time. While the franchise does have a loyal fan base, it probably doesn’t rank high on Ubisoft’s priority list compared to hits like Assassin’s Creed. It is also possible that the announced remake was completely canceled if it was deemed not worth the financial risk. With established franchises like Tom Clancy’s Splinter Cell having their games discontinued, it’s no surprise that the same thing will happen with Prince of Persia.

While this does not mean the end for Prince of Persia, it is also not a reason for optimism. The Prince of Persia franchise has a rich history and is still full of untapped potential. I hope Ubisoft will be able to give him the necessary attention.

Remake of Prince of Persia: The Sands of Time is in development.

How a Shazam Joke Creates an MCU Canon Problem for DCEU