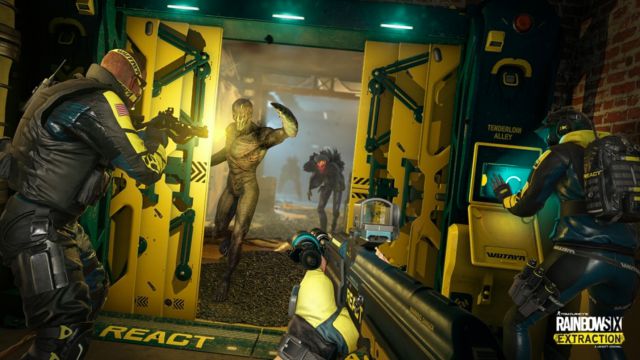 Rainbow Six Extraction: The cooperative shooter, a spin off of Rainbow Six Siege, will finally arrive in January 2022 after a wait of more than three years and changes in development. Rainbow Six Extraction has not been an easy development. Announced in 2019, the game has not stopped accumulating delays and unflattering silences, and even had to make a name change because of the coronavirus (from Quarantine to Extraction, so as not to hurt sensibilities). Luckily, the title is already beginning to see the light at the end of the tunnel. The Ubisoft website has been updated in the last hours with a final release date: next January 20, 2022.

After the last delay (the game was scheduled for September 16, 2021), the developer assured that she needed a few extra months to make her vision of the game come true, because although it is a spin-off of Rainbow Six Siege and the Outbreak event , will not be without ambition. Ubisoft wants to provide “a true AAA experience that changes the way you play and think about cooperative gaming.”

As you can see in our first impressions and in the video about these lines, Rainbow Six Extraction proposes us to fight against a mysterious and lethal alien parasite that is infecting humans and transforming them into dangerous creatures. Designed as a cooperative shooter that is enjoyed in teams of three, the entire game will be PvE and will immerse the franchise in science fiction for the first time in its history. It will have crossplay and cross progress and will recover the playable bases of Siege, as well as many of the creatures of the Outbreak mode (the alphas, basses, demolition, erizhas, moles … etc). Monsters that can even kill us with a single impact and that will force us to use our best tactics, strategies and team play to survive.