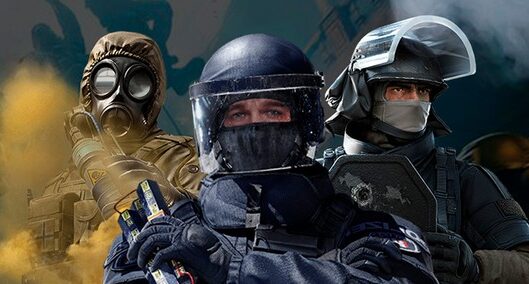 Google and Apple may be about to face major headaches as they have released the Area F2 game on their platforms. This is due to the fact that Ubisoft is filing a lawsuit against the companies for helping to commercialize a title that mimics the multiplatform game “Tom Clancy’s Rainbow Six: Siege”.

The mobile game was developed by the entertainment company Eib, which was known as Ejoy before it was acquired by Alibaba in 2017. The Chinese industry offers the new mobile game as the “first CQB (Close Quarters Battle) or CCD (short combat) distance) mobile FPS ”.

This category is the same as Ubisoft’s R6, but the problem is not in this fact, after all it is very common for developers to create competitors within the same theme. However, the game dynamics applied in Area F2 makes it literally a copy of “Rainbow Six: Siege” for mobile.

Therefore, the company believes that the distribution of this game on the App Store and Play Store violates copyright. Focused on seeing justice done, Ubisoft filed yesterday (15) with the lawsuit in Los Angeles Federal Court, alleging that the mobile game is an almost complete copy of R6.

This information does not even need much internal evidence to be considered valid, since several content creators on YouTube are highlighting this similarity in the title of the videos on Area F2, which, in less than a month of release, has already accumulated millions of downloads.

So far, both Google and Apple have refused to remove Area F2 from their platforms, so it will be necessary to wait for the court decision to see how this Ubisoft headache will resolve itself.

The evolution of BLACKPINK, know its before and after

Series production errors before the timeskip