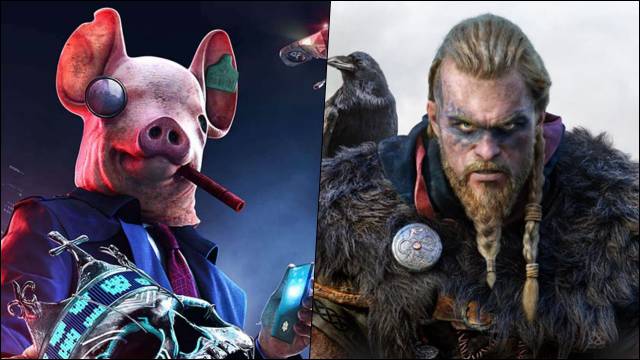 The French company reports the most lucrative quarter on record and presents positive indexes on all fronts in relation to 2019.

Ubisoft has announced the results of the third quarter of this fiscal year, the period ended on December 31, with a true record billing and profit data for the company and for the industry with 1,001 million euros in revenue, which is it translates into an increase of 119.7% compared to the same period a year ago (455.5 million euros).

The firm led by Yves Guillemot has shown its joy in a statement issued to the media where, in case there was any doubt, they make it clear that it is about results that are above expectations; a record for them as it was the most lucrative quarter in their history. It is the company that has sold the most video games in the 2020 calendar if we add all the platforms.

2020 has been a unique year for many things, but extremely fruitful for companies specialized in the digital entertainment sector. In the case of Ubisoft, in the period that includes the months of October to December, we can see that titles such as Assassin’s Creed Valhalla lead that list of best-selling titles and is positioned as the best launch in the history of the saga at the level of income. Neither in this nor in the rest of the titles in its catalog have sales figures been disclosed, but it is clear, however, that it is the one that has generated the most money in its first fiscal quarter.

“Our strategy continues to bear fruit”, declared the CEO of the firm, Yves Guillemot, in an official note attached to the statement on February 9. “We have achieved the strongest quarter in our history, by far, thanks to the quality of our launches and the depth of our catalog,” he adds.

That last point is not trivial. The depth of Ubisoft’s catalog and its emphasis on strengthening digital distribution has led the company to experience a growth of 39.9% compared to a year ago in terms of revenue, a total of 1,243.8 million euros during the nine months of the current fiscal year (April 2020 to December 31, 2021). Catalog background games such as Far Cry 5, The Crew 2, the Just Dance series, Brawlhalla or Mario + Rabbids: Kingdom Battle, among others, were published before 2020 … but they have managed to report to the reserves of the French publisher nothing less than 306.1 million euros this past quarter.

Finally, it should be noted that Watch Dogs: Legion, Assassin’s Creed Valhalla and Immortals Fenyx Rising, the three key releases of the past season for Ubisoft, have been among the seven best-selling games of PS5 and Xbox Series X | S, therefore that its penetration in the next gen falls within the objectives and leaves Ubisoft as the second company that has distributed the most games in the new generation.