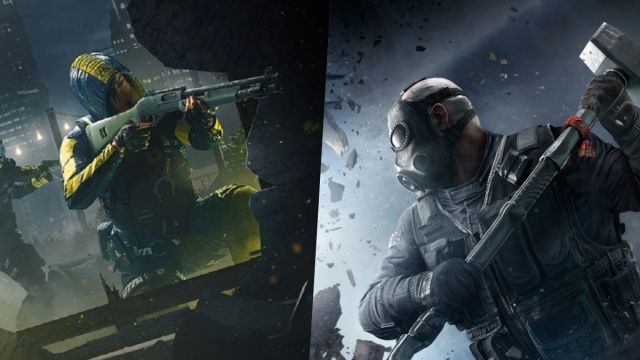 Ubisoft: The French company is not concerned about a possible overlap between the two games, which share the same universe (and part of the title).Rainbow Six Siege and Rainbow Six Extraction are two different and alternative experiences. This has been pointed out by Ubisoft in an interview published in GameSpot, where this North American medium has asked Patrik Méthé, creative director of the new title, if he fears that both video games overlap in any way.

“Both are very different games that offer their own challenges and their own rhythm, so there is no concern in that sense, rather the opposite, in fact,” says the creative. “We’re confident that the way [Extraction] is built, within its PvE nature, will appeal to a variety of players,” including current Siege fans.

A challenge for veterans, an entry point for newbies

The director acknowledges that the two titles share some mechanics, but maintains that Siege users will find a great challenge: “It will be interesting to see how they deal with these advanced challenges.” Of course, the development studio is also looking beyond Rainbow Six Siege and expecting some new users to enter the series with Extraction. “For those new to the Rainbow Six universe, Extraction offers a very enjoyable cooperative tactical experience where they can push themselves and need to improve their skills every time they play,” he says. “Communication and team play will be even more essential for these players.”

Rainbow Six Extraction will be released on September 16 for PS4, PS5, Xbox One, Xbox Series X, Xbox Series S, PC and Google Stadia. The game was originally announced under the title Rainbow Six Quarantine, but the coronavirus pandemic that has devastated the world has forced a search for a new name that is not reminiscent of the current situation. The game, on the other hand, is about an invasion of aliens, which of course will have to be eradicated.

South Park: Mr. Garrison shows himself in an episode