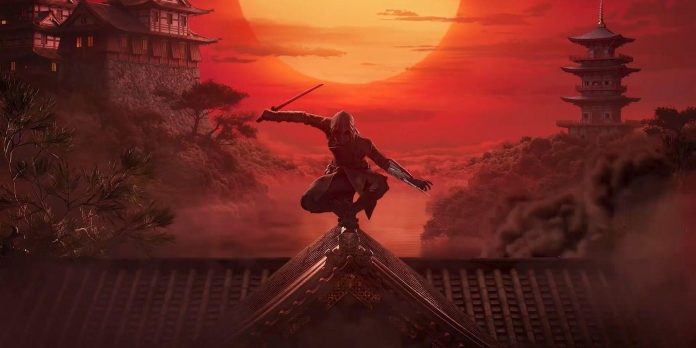 Ubisoft Quebec, the leading studio-developer of Assassin’s Creed Red (an open-world RPG set in feudal Japan), receives assistance from Ubisoft Japan and external cultural consultants to preserve authenticity and delicacy. So far, little is known about Assassin’s Creed Red, except for its setting and the fact that it is part of the Assassin’s Creed Infinity project, and this is probably why Ubisoft as a whole can focus on Assassin’s Creed Mirage, which takes place in Baghdad.

The release of AC Mirage is scheduled for 2023, and although it is not explicitly stated, it looks like Assassin’s Creed Red will be the next major game after that. Japan is a setting that Assassin’s Creed fans have long wanted, and it’s important that Ubisoft does it right. It is not yet known how effective this is, but it is a good step for Ubisoft to avoid “cultural tourism”.

According to Axios, although Assassin’s Creed games often sought to accurately represent their settings, this was sometimes met with serious resistance from white people in leadership positions. Alexios’ inclusion in Assassin’s Creed Odyssey because “women are not for sale” is proof enough of that. It should be noted that the development of the role-playing game is also headed by Jonathan Dumont, a controversial figure whose role in the project reportedly led to the developers refusing to work on Assassin’s Creed Red. Dumont is white, and it’s unclear how diverse the team working on the game is, apart from these consultants.

Several games based on East Asian culture have been criticized for “cultural tourism”, when the culture itself is less detailed, less fully represented, more narrowed in its unique qualities and more or less exotic. Obviously, Assassin’s Creed Red shouldn’t do that. However, it would be remiss not to mention that cultural consultants in Assassin’s Creed games are not new. It is reported that Assassin’s Creed Mirage worked with a bunch of consultants to make Baghdad and the surrounding culture as accurate as possible, including even adding full Arabic voice acting regardless of the region.

These consultants have had a tangible impact on games before. For example, Assassin’s Creed 3 initially allowed Connor to scalp his enemies and depicted one cut scene with ceremonial masks, but the consultants stressed that Mohawk people did not scalp enemies and that ceremonial masks like those depicted are considered something private. Therefore, they were removed from the game. However, it is important to note that these consultants do not make final decisions on the game, and any resistance is probably too great.

According to Axios, Assassin’s Creed Red is also, in fact, a test of the company’s reforms, as Ubisoft’s diversity, inclusion and accessibility team oversees the current games in development. How big a role he plays, as well as various consultants and Ubisoft Japan, is still unknown.

Lost Judgment: Its Worldwide Release “Has Tripled The Studio’s Efforts”

Genshin Impact: Location of all blocks of lost energy at Dusk...