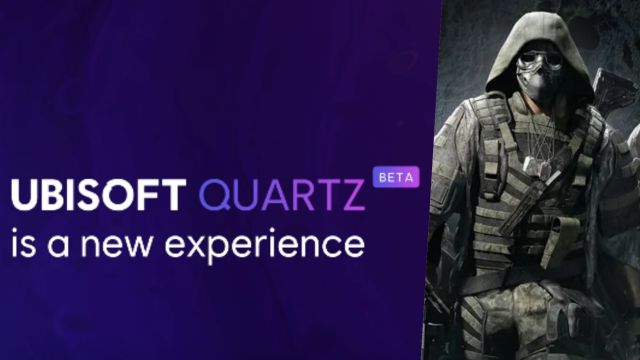 Ubisoft: The company’s new bet will soon begin its beta phase and will be released with content for Ghost Recon: Breakpoint. We tell you everything you need to know. Ubisoft has officially announced its new plan for the future: Quartz, an NFT platform in which players who meet certain requirements will be able to get exclusive cosmetic items such as weapons, outfits and other items that will have a serial number in charge of granting ownership. to its owner. The program will begin in beta phase, limited to several countries at the moment (United States, Canada, Spain, France, Germany, Italy, Belgium, Australia and Brazil) and the game chosen to launch it is Ghost Recon: Breackpoint. Next, we leave you the presentation trailer of the proposal.

Ubisoft Quartz: How does it work?

Ubisoft’s NFTs are called Digits, they can be obtained within the game and can also be sold between users. These objects have a visible numbering for other players, as can be seen in the trailer. According to the information shared by the company: “The Digits represent unique, playable and collectible cosmetic objects from Ubisoft’s game worlds, and each of them is accompanied by a certificate of ownership stored on the blockchain, a decentralized, managed technology. by the community, which gives players more control than ever before by allowing them to put them up for sale so that other players can purchase them outside of the Ubisoft ecosystem. ”

What does NFT mean?

They are the acronym in fashion in recent times. NFT stands for Not Fungible Token in English and refers to exclusive digital objects that, unlike cryptocurrencies, cannot be exchanged; their numbering makes them unique. The simple explanation is that if a user acquires one of these items, he is the only existing owner; he is hers and no one else’s.

At the moment, the Quartz platform will debut with content for Ghost Recon: Breakpoint, the action and open world title that is available on PC, PS5, PS4, Xbox Series X | S and Xbox One.

D&D Reveals the creepy origins of Clowns in the Multiverse