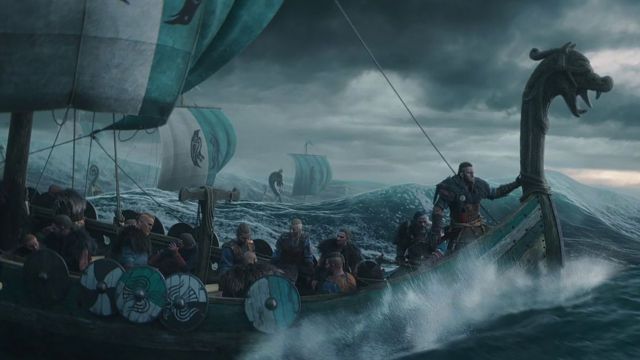 This mechanic has been present in several games in the series, including the brand’s most recent titles, Origins and Odyssey.

Vikings and ships, a fairly close relationship, considering that they traveled in their boats to conquer and invade new lands. In Assassin’s Creed Valhalla, the new video game developed by Ubisoft Monreal, there is no lack of Vikings or ships, but there are naval battles that have starred in several games in the saga. Although they appeared in Assassin’s Creed Origins and Odyssey, the French developer decided to dispense with naval battles. In an interview with GameInformer, producer Julien Laferrière explained why they have been put aside. Bottom line: they didn’t fit well.

“We established the pillars very early and we stayed true to them,” says the producer, who says they mainly modified aspects related to playable balance. “One of the things that didn’t make it [to the final version] and that we thought might work in the beginning was the naval battles. We learned that the Vikings did not participate much in naval combat, we thought they would shoot fire arrows like in Odyssey. However, upon discovering that it was not, they changed their initial idea. Also, there are no oceans on the map, rather rivers. “We will treat the ship more like a vehicle,” they decided at the time.

The eye on the new platforms

When it comes to post-launch content, Ubisoft has learned from the Odyssey experience. “For me it was important to have improvements in the quality of life; also being able to react to the new platforms, because they continue to improve ”. The studio wants to reinforce these new versions, although Laferriére has not offered specific details.

Assassin’s Creed Valhalla is available on PS4, PS5, Xbox One, Xbox Series X, Xbox Series S, PC, and Google Stadia. The game tells the story of Eivor, a Viking warrior (or female warrior) who leaves her native Norway to settle in England with his clan. In the new country he will have to seal alliances and fight against those who stand in the way of him and his people.

End of Flash Player brings down rail system in China

Linktree: how to use the platform that groups links on your...