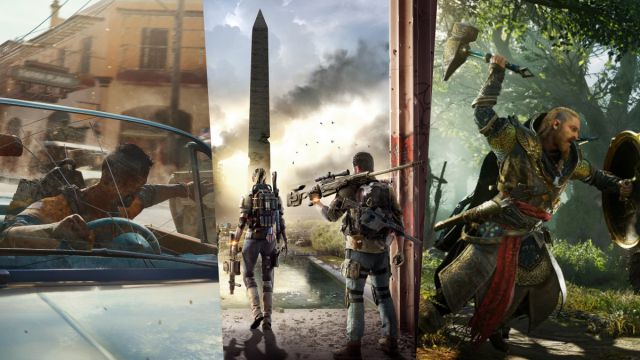 Ubisoft: The French company has stressed that their words have been misinterpreted, since what they want to do is reproduce a model similar to Call of Duty.

Ubisoft has released the following statement: “Our intention is to offer a range of games that players love across all platforms. We are excited to invest more in free-to-play experiences. However, we want to be clear This does not mean that we will reduce our AAA game offering. Our goal is to continue launching premium experiences like Far Cry 6, Rainbow Six Quarantine, Riders Republic and Skull and Bones, to name a few, “all while expanding their” portfolio of free-to-play “and strengthen their brands” to reach more users.

Sagas like Assassin’s Creed or Far Cry will continue to have a presence in the market under the current business model. However, Ubisoft has mentioned that they will give importance to free-to-play. Frederick Duguet, the company’s chief financial officer, has mentioned that focusing on releasing three or four big games each year is no longer a priority. His intention is to increase income through other avenues. This, however, is not to say that they are going to abandon traditional high-budget games.

This has been clarified by Sean Lama, from Ubisoft, in a post on Twitter. He has explained that free-to-plays are not going to replace commercial titles. In fact, he has said that at Ubisoft they see these types of games with microtransactions as “an additional way to experiment with some of these IPs.” As he explains, mixed content “is expanding, not changing.” The example that he has given is that of Call of Duty, which he describes as “a good example of this model.”

How does the Call of Duty model work?

Currently, Call of Duty has two major titles on the market. The main installment, Call of Duty: Black Ops Cold War, is sold in stores in a traditional way, although they use a season pass format to distribute the additional content. That is, it also has payment elements. On the other hand, Call of Duty Warzone is a free-to-play that is available for console and PC users.

Ubisoft has also tried its luck with free-to-play. His battle royale, Hyper Scape, has passed without much noise for now, but the French have announced a new title, this time in a well-known saga. This is The Division: Heartland, a new video game that will be released on PS4, PS5, Xbox One, Xbox Series X, Xbox Series S and PC. Its release date? According to the financial report published by the company, it will be released before April 1, 2022.

The Walking Dead: Negan’s actor confirmed what was suspected of Glenn’s...