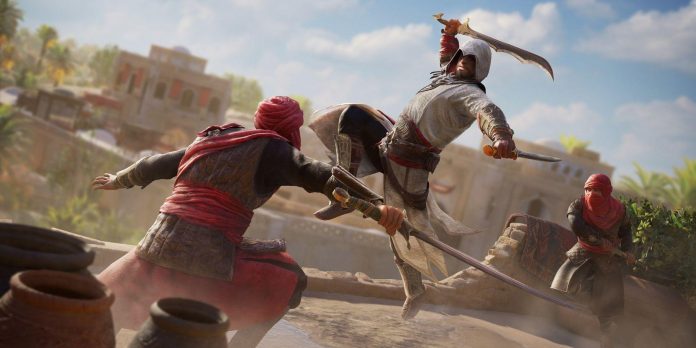 In the development of Ubisoft Bordeaux studio, publishers announced Assassin’s Creed: Mirage on September 1, and full disclosure occurred during the last Ubisoft Forward. However, fans became concerned when Mirage appeared on the Xbox digital store, pointing out that Mirage received an “Adult 18+ Only” rating from the ESRB with reference to “Violent violence, blood and mutilation, sexual themes, partial nudity, real gambling.” The UK Xbox store also listed “real gambling” and “extreme violence” alongside a PEGI rating of 18.

Only for adults is the highest and rarest rating that the ESRB issues, and most physical retailers refuse to sell games with such a rating. Although this is usually associated with extreme violence or graphic content of a sexual nature, it also applies to games containing “real gambling”. This term implies that Assassin’s Creed: Mirage players will spend their real money on in-game gambling. The ESRB considers this to be different from the more common “gambling simulation” and automatically assigns an 18+ rating regardless of other factors.

It’s hard to imagine Assassin’s Creed: Mirage containing gambling in the traditional sense. However, these ratings on the Xbox store have raised the specter of loot boxes, a controversial chance-based mechanic that some jurisdictions define as gambling. However, today a Ubisoft representative clarified this, saying that the store’s pages were erroneous. In a conversation with Eurogamer, they explained that Ubisoft’s Assassin’s Creed: Mirage is still awaiting consideration by the ESRB. They also explicitly denied that Mirage contains any gambling or loot boxes.

Although at the time of this announcement, the Xbox store was still displaying an Adult-only rating, Xbox has since fixed the bug. On the Microsoft store page, Assassin’s Creed: Mirage is now marked as “Probably for Adults” with a general warning that the game may not be suitable for children. Meanwhile, the Xbox store window in the UK still displays a PEGI rating of 18, but gambling is no longer listed as one of the reasons. It is still unclear exactly how this error occurred, but some fans will undoubtedly breathe a sigh of relief.

Ubisoft unveiled the trailer for the upcoming Assassin’s Creed: Mirage during Ubisoft Forward on September 10. The game takes place in 9th century Baghdad during the Golden Age of Islam. The game represents a return to the origins of the series, and the Ubisoft Store describes Mirage as “A heartfelt homage to the game that started it all.” It’s also the closest fans have come to a direct prequel to the original 2007 game depicting the Assassin’s transition from Hidden to the Brotherhood version longtime fans remember.

The World of the Wild West: 10 Tessa Thompson Projects that...