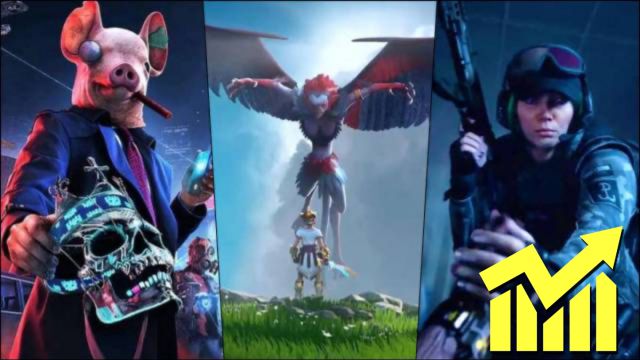 The company is studying what to do for the next fiscal year, which begins on April 1. Far Cry 6 does not appear with the price changed.

Ubisoft has confirmed during the presentation of the financial results corresponding to the last quarter of 2020 that it has not decided whether it will raise the price of its video games this year 2021. After declining the option that publishers such as 2K Games, Activision or Sony did choose PlayStation, with an increase of ten dollars compared to the previous standard (now 70 dollars / 80 euros), the French company is weighing what to do with its AAA from the 2021/22 financial year, which begins on April 1.

“Regarding the price, we have been analyzing the competitive dynamics of the last quarter and we are still looking for new opportunities; but we have not made the decision at the moment, “said Frédérick Duguet, CFO of Ubisoft, when asked about an eventual increase in the company’s next high-budget video games.

At the moment, there is only one reference that we can officially take as an example: Far Cry 6. Initially planned for February, its premiere has been moved beyond April and, at least at the moment, its retail price it is still marked with the usual price, the previous standard of 60 dollars (59.99 euros in Europe). From Microsoft Store it appeared dated for the month of May a couple of months ago.

Another company with doubts is Electronic Arts, which kept the prices of premieres such as FIFA 21 under the standard to which we were used during the past generation of consoles in their triple A productions. Soon, both Ubisoft and EA and the rest of the companies will give more details. , since at the end of March they will have to meet again with their shareholders to determine the fiscal year 2021/22, which runs from April 1, 2021 to March 31, 2022.

For the rest, Ubisoft has closed the best quarter in its history with 1,001 million euros in turnover and has become the company that has sold the most video games in all of 2020, adding all platforms. Also, Assassin’s Creed Valhalla has signed the largest premiere in the history of the series in revenue.