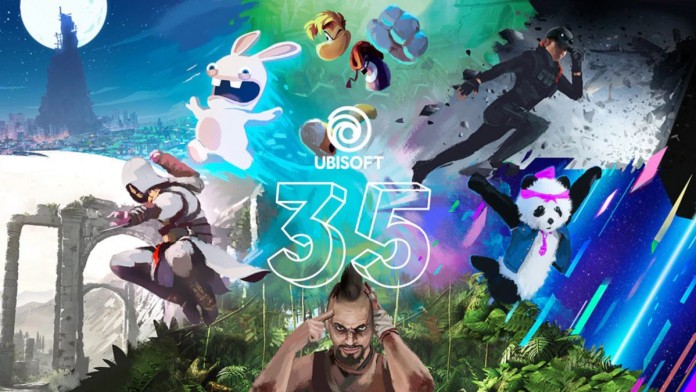 Ubisoft: The French company will offer two titles for PC, as well as rewards for games, contests, offers, etc. Donkey Kong is 40, Mario 36, Sonic has reached his thirties and Ubisoft has already surpassed it. On the occasion of its 35th anniversary, the French company has prepared a series of surprises for the players. It does so at a troubled time for the company, as cases of abuse and harassment have caused turmoil within the industry. Be that as it may, the Gauls will continue their festivities and will offer free games, free weekends, rewards, contests, offers and the occasional additional event.

In a statement posted on the official website, Ubisoft confirms that the celebrations will take place from November 2 to December 19. Starting today, November 4, the free Ghost Recon Breakpoint weekend is available, which allows us to enjoy all the content for a limited time. All progression carries over if you purchase the game later.

Ubisoft will give away up to two PC video games, which have not been revealed. They will be offered on a limited basis, although once claimed it will become part of your Ubisoft Connect library permanently.

Challenge
Free weekend
Gifts
Reward
Ubisoft has just released two great video games. The first of them is Far Cry 6, an open world shooter that puts us in the shoes of the guerrilla (or guerrilla) Dani. Antón Castillo, the dictator of the fictional Yara, has left the country on the brink of civil war. Chaos has also taken over the world of Riders Republic, which is a crazy arcade racing video game, also within an open and multiplayer environment.