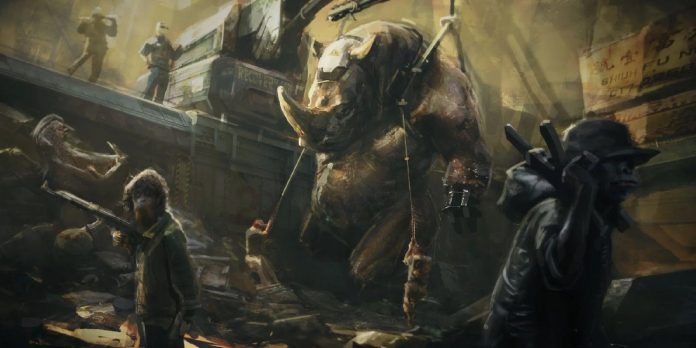 Fans were initially excited when the sequel to the action adventure Beyond Good and Evil was announced. Beyond Good and Evil 2, officially presented in 2017 at the Ubisoft E3 conference, before which many teasers were presented, aims to give players an experience different from the original game, with more RPG elements and a more ambitious approach to gameplay and graphics. However, since Beyond Good and Evil 2 was introduced, fans have faced a lot of doubts and uncertainty about its development.

Beyond Good and Evil 2 is one of many games that are rumored to be currently in development hell, and current estimates claim that the game has been worked on for more than a decade. Now that many fans are almost ready to hear that the upcoming RPG has been canceled, it seems that Ubisoft still firmly believes that Beyond Good and Evil 2 will be released, even mentioning it at the recent annual Q&A meeting. Although it’s not surprising that the game has surfaced in conversations, some fans will be pleased to hear what Ubisoft said about it.

link: It is announced that Ubisoft Forward will focus on the skull and bones

At the beginning of 2022, in the list of vacancies, some fans believed that Beyond Good and Evil 2 could be in the final stages of development. While this seems like a pretty optimistic view, especially considering Ubisoft says the game is in active development, which means there’s something to work on, it doesn’t seem completely out of the question for some new content Beyond Good and Evil 2 to be on the way. Whether it’s a cinematic trailer, gameplay, or something else, many will just be pleased to know that the game is not on the verge of cancellation.

With the Ubisoft Forward presentation taking place in September 2022, this could be the perfect time for news of Beyond Good and Evil 2. Even if there is nothing ready to show the game, as long as Ubisoft confirms that it is still being worked on, fans can put aside concerns about cancellation for now.

Beyond Good and Evil 2 is in development.

Mayans MC Season 4: Release date, trailer and what to expect...