Home Game Ubisoft assures fans that the Prince of Persia remake has not been... 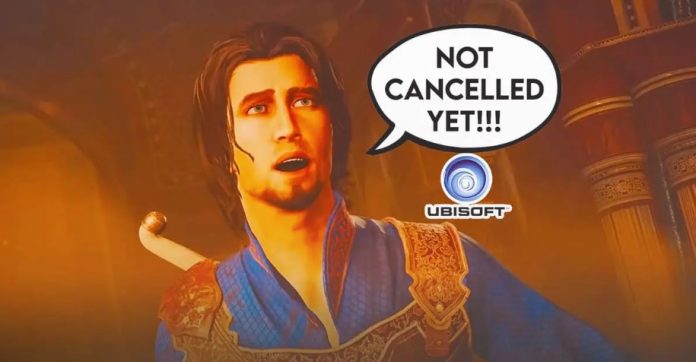 According to Ubisoft, Prince of Persia Sands of Time has not been canceled, despite the company’s decision to cancel pre-orders.

Just last week, Ubisoft began the difficult process of reimbursing fans for their pre-orders of the upcoming remake of Prince of Persia Sands of Time. This led to rumors about the fate of the game, and many believed that the project could be closed. However, Ubisoft has since made a statement to clarify the status of the game for fans.

In an official statement posted on Ubisoft’s website, the company classified the Prince of Persia Sands of Time status as “being developed at Ubisoft Montreal.” Fans will remember that Ubisoft Montreal took over the development of a remake from Ubisoft Mumbai and Pune. This was perceived by fans as good news, since Ubisoft Montreal was responsible for the original creation of the Sands of Time trilogy. Ubisoft also explained that the only reason Prince of Persia Sands of Time Remake pre-orders were canceled was because the game currently has no set release date. About the release date Ubisoft says: “At the moment, no new release date has been set, we will provide new information on this front when we are ready.”

Although fans would sigh with the release of this update, the future of the Prince of Persia franchise may not be safe in the long run. Ubisoft, after all, announced its decision to focus more on its live-service online games in the future and less on its Triple-A franchises such as Prince of Persia, Watch Dogs, Assassin’s Creed and Far Cry. Consequently, the success (or failure) of this game will largely affect whether the Prince of Persia franchise will receive continued support from Ubisoft in the coming years.