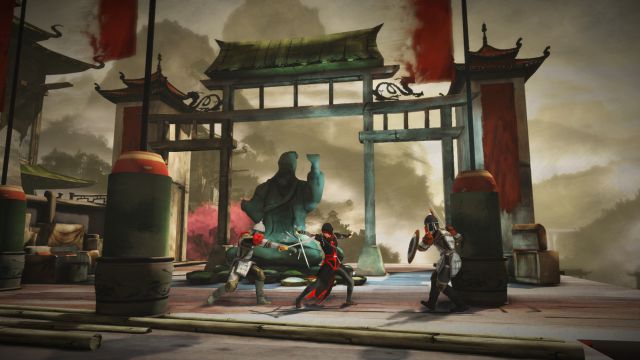 Ubisoft promises that readers will be able to enjoy a “never before seen” story that unites the past with the present.

The Assassin’s Creed saga will return to bookstores thanks to a new manga. This was announced by Ubisoft in a press release, where it has confirmed an agreement with VIZ Media to distribute Assassin’s Creed: Blade of Shao Jun in the main markets. The comic will be based on Assassin’s Creed Chronicles: China, a spin-off launched in 2015 that takes us to the Asian country, in an adventure full of action and platforms. Fans of the assassins will be able to enjoy this new chapter from February 16, when it will be available both in stores and in digital format.

According to Ubisoft, it is an original story “that unites the past and the present.” The story takes place in the year 1526, a historical moment in which Emperor Jiajing orders a large-scale political purge. The Ming dynasty begins to break down and the Brotherhood is about to disappear in the country. Shao Jun, the last Assassin, must return to her homeland in search of revenge, all while she searches for an ancient treasure of her order. On her journey she will face a dark and powerful group known as the Eight Tigers.

The most coveted item

In the present, Shao Jun’s descendant has become a test subject. Lisa Huang enters the Animus to relive the memories of her ancestor, although she has actually been deceived. She thinks that she is participating in behavioral therapy, when she is actually being used to access memories. The objective? Find a mysterious treasure as longed for in the past as in the present.

Ubisoft has recently released Assassin’s Creed Valhalla, a production that has just received a new patch that fixes some of the bugs it has dragged on since its launch. At the same time, the Montreal studio is working on the two expansions that will arrive as part of the season pass, although they do not yet have a specific date.

How to consume Legendary Loot as Shadow in Fortnite