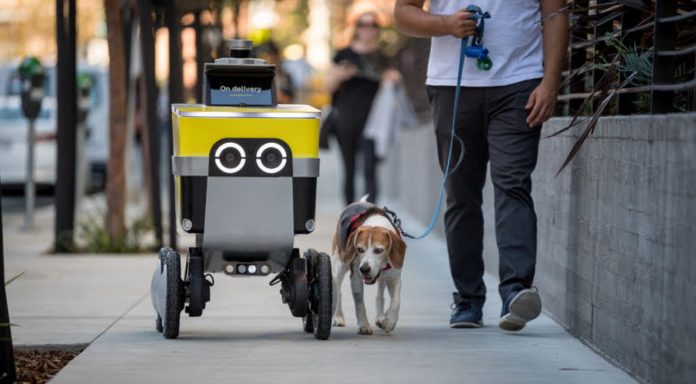 As you remember, the company also took over the unit when it bought Postmates for $ 2.65 billion last year. According to Bloomberg, Uber will invest about $ 50 million in the Series A funding round to become a minority stakeholder in its company Serve Robotics.

The new agency will operate independently from its old parent company. However, it will maintain a close relationship with the company through a partnership that will see sidewalk robots deliver food and other essential supplies to Uber customers.

Serve explained to TechCrunch their plans to invest aggressively in R&D while trying to establish new partnerships in the near future.

In this context, Serve Robotics’ co-founder and CEO Kashani said, “Self-driving cars lift the driver, while robotic delivery eliminates the car. It makes deliveries sustainable and accessible to all. In the next two decades, new mobility robots will enter every aspect of our lives, first moving food, then everything else. ” said.

The new company will be led by Ali Kashani, head of Postmates X. Other founders include Dmitry Demeshchuk, the first engineer to join the Serve team at Postmates, and MJ Chun, who previously led the product at Anki.

The company will start operations with 60 employees with headquarters in San Francisco and offices in Los Angeles and Vancouver, Canada.

Ali Kashani, CEO of Serve Robotics, who also made a statement to Bloomberg within the same scope; “In the next five years, delivery robots will be the first commercial application of self-driving at scale,” he said.

The step came when Uber was trying to become profitable by the end of the year. In pursuing this goal, CEO Dara Khosrowshahi destroyed the company’s once-far-reaching empire. At the end of last year, Uber sold both its driverless unit and its air taxi business. More recently, the company laid off 185 people at Postmates, or about 15 percent of the company’s workforce.

The company’s mission of designing, developing and operating delivery robots that specialize in navigating sidewalks is expected to continue, albeit with an expansion point of view.

Netflix has once again trolled “Harry Potter” fans and everyone is...