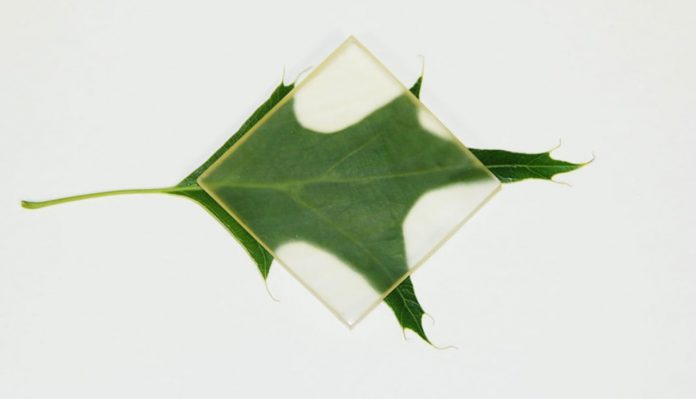 US researchers have succeeded in making the wood transparent like glass. Moreover, this new product is stronger and has better insulating properties than glass.

A group of scientists from the University of Maryland succeeded in making the wood material transparent and with better insulating properties. The stages of the research and how the new material was produced were also explained.

According to the researchers, there are 2 main components named cellulose and league. Of these, the league is known as the substance that gives wood the brown color we know and creates opacity. In the first phase, the researchers turned the wood into a white intermediate form.

First, a 1 meter long and 1 millimeter thick wood material was dipped in hydrogen peroxide solution and brushed using an ordinary paint brush. Then the wood, which was kept under sunlight or ultraviolet lamp for 1 hour, turned white.

The color changed wood was filled with a hard and transparent adhesive called epoxy in the next stage. The product that emerged as a result of this process was a transparent and solid product that transmits light 90 percent.

According to US researchers, the newly obtained material will be able to replace the glass in the windows in the future. It is stated that this building material, which has better insulation properties than glass, can be preferred for energy saving and can be used in buildings.

In fact, this work is not the first to obtain transparent wood. In previous studies, dangerous chemicals and high temperatures were used to get rid of the league. At the end of this process, the product had problems such as being much more expensive and fragile.

Researchers from the University of Maryland managed to make wood transparent in a much cheaper and easier way, thanks to the new technique. Thus, they solved the cost and fragility problem we had seen in previous trials.