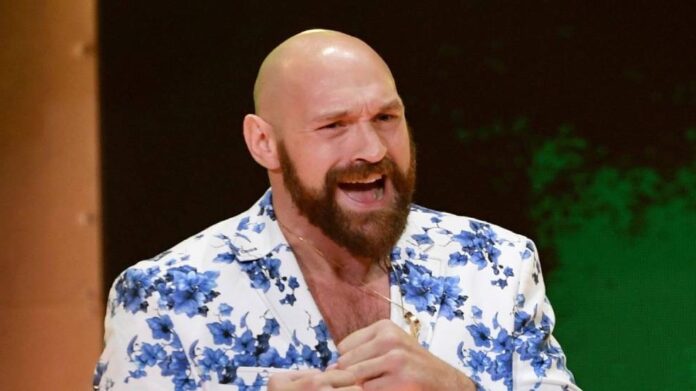 Tyson Fury debuted in WWE in 2019 participating in a fight against Braun Strowman at Crown Jewel. The boxer became one of the most international media figures to step on the sport of entertainment, but he supposedly came to have a greater role.

According to several specialized media outlets, WWE had plans for Tyson Fury at WrestleMania 36, ​​although his role depended on the outcome of his fight against Deontay Wilder in February. Vince McMahon had among his plans to face the boxer with Brock Lesnar in the great event, but finally he opted for the option of Drew McIntyre, who managed to win the WWE Championship.

Despite having changed plans, WWE’s goal was to bring Fury back, but the COVID-19 pandemic did not make it possible. However, it seems that the company is still interested in his return. According to Fury himself, on a call to Sky Sports, he spoke to Vince McMahon last week and revealed that his return to WWE could take place very soon. “There may be an opportunity soon,” he said.

Whether Tyson Fury returns to WWE is unclear what the plan will be. All we know is that Drew McIntyre has been following him since he was champion. “If Tyson Fury keeps pushing me, I will rip his head off,” the Scot said in April. “If we got to that situation, I would face him for the title and defeat him.”

Tyson Fury could return to play his WBC Heavyweight Championship in October against Deontay Wilder. However, the Gipsy King is not for the work of fighting without an audience in the pavilion. “It would be like being in the gym, it’s not a real event. And you can’t put the heavyweight world championship on the line without a live crowd. I don’t think I can motivate myself to do it,” he said in an interview for IFL TV.

See Also
CM Punk: "I could fight in AEW while I work in WWE Backstage"

NASA: Mars’ secret may be in Lake Salda