Home Science Types of Bacteria That Could Be a Tip for Life on Mars... 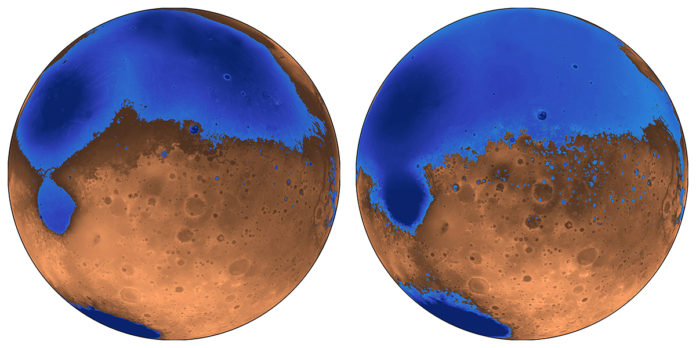 Scientists have discovered new species of bacteria in rocks under the ocean. Considering that the microscopic creatures found on the basis of the new discovery can develop on Earth in this way, it has been explained that such forms of life can also form on Mars.

Scientists have made a new discovery that will be able to address the issue of whether there is life on Mars, which has been much debated and has been the subject of many studies for years. As a result of the studies carried out in the depths of the Pacific Ocean for a while, an unexplored species of bacteria has appeared in the fine cracks on the rocks at the bottom.

The team, who made the discovery as a result of long researches, stated that the variety of bacteria in the cracks is at least rich and large in the human intestines. Associate Professor Yohey Suzuki from Tokyo University emphasized the importance of the subject in the scientific community with the words “I believe that there can be more life on Mars now”.

How did rocks form?
After the new study announced by the researchers, it was also a question of how the rocks under the oceans were formed. The lava scattered with the explosion of underwater volcanoes when it reaches 1,200 degrees, reveals rocks when it cools in water. The cracks formed in the rocks for millions of years begin to fill with clay, and the bacteria settle in this clay, multiplying and forming bacterial colonies.

Let’s add that the research was carried out with samples collected from the South Pacific waters since the end of 2010. Discovery team; He collected samples from 3 different points determined between Tahiti and New Zealand and took them into analysis. The DNAs of the bacteria in these clay samples were examined in detail. The researchers found several types of bacteria specific to each of the three locations from which the samples were taken. Scientists suggested that the age of rock specimens played a role in directing the proliferation of different species.

In addition, Mars is one of the most likely places to host life forms, despite the fact that it has a hard surface, according to experts who continue the research. We will follow how new discussions will continue with the existence of life on Mars for years.

NASA Published A Very Interesting Photograph of The Ring of Fire...

A New Study Overrides One of the Evidence of Dark Matter