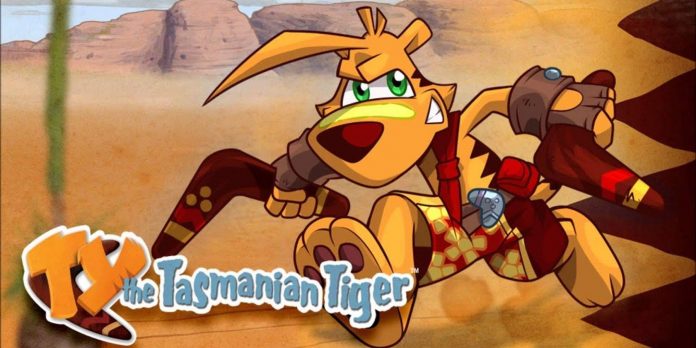 Krome Studios has confirmed that Ty the Tasmanian Tiger 4 will return to the Nintendo Switch. Fans of the boomerang-throwing marsupial mascot have treated remasters of earlier Ty games well in recent years, and they will soon be able to add a fourth main game to this list with an updated reissue called Ty the Tasmanian. Tiger 4: Bush Rescue is back.

Ty the Tasmanian Tiger 4 stands out in the series for several key reasons. Released in 2015, ten years after Ty 3, it abandoned the 3D gameplay that the series was known for in favor of 2D side-scrolling gameplay, more similar to versions of earlier games for the Game Boy Advance. Moreover, the original game was PC exclusive, becoming the first game not to be released for consoles, but that will change soon with the upcoming remaster.

According to Krome’s announcement, Ty the Tasmanian Tiger 4: Bush Rescue Returns will allow players to run, jump and boomerang through 40 levels taking place in the fantastic Australian outback. In the process, they will be able to unlock 11 different types of boomerangs and collect more than 20 unique skins for Ty and his friends from the Bush Rescue team. There will also be several modes to choose from, such as “Adventure”, “Time Attack”, “Turkey Chase” and “Danger Arena”.

In addition, Bush Rescue Returns will add a number of new features to the base game, including English voice acting, updated cut scenes, a combination of updated soundtracks and brand new ones, as well as in-game text options in English, French, German and Spanish. , Italian and Japanese. This should ensure that both new and returning fans will have something new to look forward to, and will also help make Ty 4 more accessible to more players than ever before.

At this point, it looks like Bush Rescue Returns will be exclusive to the Nintendo Switch as a digital-only game, but since Ty’s previous remasters eventually received multiplatform releases, it’s possible Ty 4 could be subjected to the same treatment. There is no information yet on when the remaster will be released, but Krome teased that fans will have a “chance to participate” and added that he will share details about what it means by the end of the year.

The announcement of the Ty 4 remaster came at the perfect time, as this week marks the 20th anniversary of the release of the original Ty the Tasmanian Tiger game. As the old games continue to receive new updates, many fans are looking forward to the new part of the series. The creator of the franchise has stated that Ty the Tasmanian Tiger 5 is possible, although it will require a much larger budget than before. Whether this happens or not, it’s safe to say that the way Bush Rescue Returns works should help Krome assess the viability of making every effort for a new game. Time will show.

Ty the Tasmanian Tiger 4: Bush Rescue Returns is in development for the Nintendo Switch.

Lost Ollie: Netflix adds names to the cast of its new...