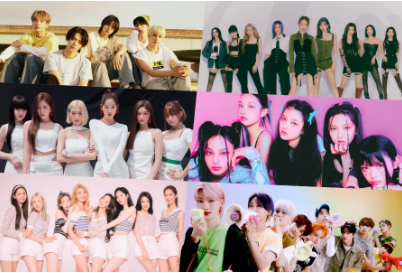 One million certificates were awarded to TXT’s summer album “The Chaos Chapter: FIGHT OR ESCAPE” in 2021, as well as the recently released albums “BETWEEN 1&2” by TWICE and “After LIKE” by IVE.

“BE AWARE” by THE BOYZ, “FOREVER 1” by Girls’ Generation and NewJeans’ self-titled debut EP “New Jeans” have now gone platinum with over 250,000 sales each. In addition, IVE’s “LOVE DIVE” went triple platinum.

In the streaming category, songs become platinum after they exceed 100 million listens. This month, two songs that have received this platinum streaming certificate are “Love Always Runs Away” by Lim Yong Un from the soundtrack of “Young Lady and Gentleman” and “Permission to Dance” by BTS.

ASTRO’s Eunwoo celebrates his birthday with the love of Aroha