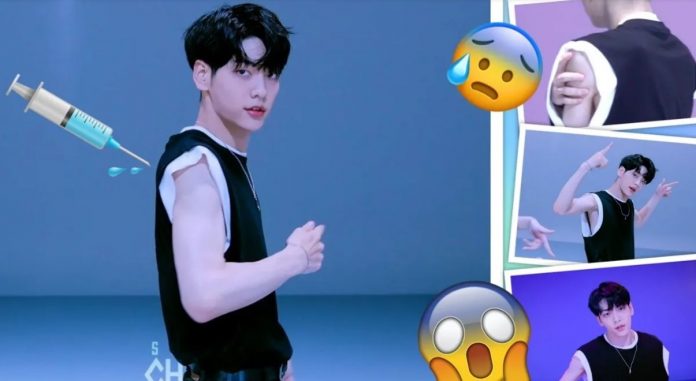 Soobin from TXT had already been vaccinated, but apparently, the pain in his arm is another reason. We could see Soobin’s arm from TXT on South Korean television and the world thought that he took that part of his body because he had been vaccinated but it is not like that.

The idols of TXT have shared a long time together as they have known each other since their time as trainees for BigHit Entertainment, the agency that handles the K-Pop band ; It is common to find within the group beautiful moments between the members where their affection is shown and their friendship stands out.

But they are also guys who can play pranks and have a lot of fun in different ways, within Tomorrow X Together there is a great coexistence and all the idols get along well; Although Soobin is the leader of the group, he does not stop having a good relationship with his teammates and is responsible for making the teamwork in the best way.

But maybe some of the jokes that another member made to the TXT leader led us to see him on South Korean television, causing a bit of confusion among the band’s fans and people who believed that Soobin had already been vaccinated.

DID SOOBIN FROM TXT GET VACCINATED? THE STORY BEHIND THE PAIN IN YOUR ARM

On South Korean television , Soobin appreciated, or rather, Soobin’s arm , the program host analyzed the typical photos that today have become a trend since vaccination selfies are shared on social networks; that’s where we could see Soobin’s arm, but was he really vaccinated ?

Soobin’s arm hurt and the reason has a first and last name but it is not a vaccine , it is about Choi Yeon Jun , the idol’s bandmate who hit him amusingly causing Soobin to want to hide his arm so that his friend no longer hit him.

Behind the scenes of TXT in their presentation of ‘Magic’ for Studio Choom , is where we can find the origin of this ‘vaccination photo’ of Soobin, LOL. Anyway, it was just a fun confusion that led the idol to television.