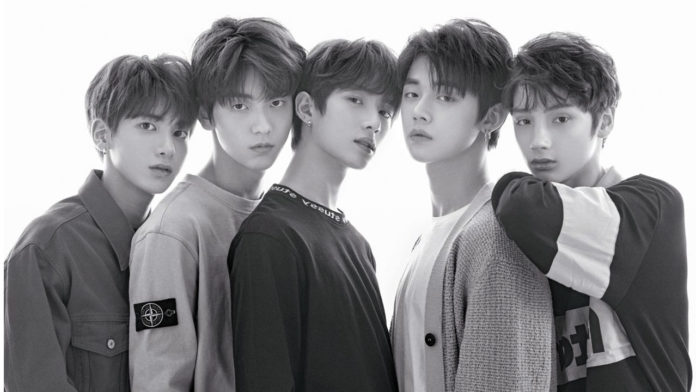 TXT surprises with a great cover of ‘DOPE’ by BTS. The boys decided to celebrate their anniversary with a BTS song.

TXT , also known as Tomorrow X Together , celebrated their first anniversary as a group a few days ago . The boys had one of the most successful debuts in the K-pop industry.

As part of their anniversary activities, the group made a live broadcast on VLive and surprised MOA and ARMY with a cover of BTS.

Both groups have shown a great friendship and brotherhood, support each other and therefore, Hueningkai and Yeonjun made a presentation with “Dope”, song that belongs to their album “The Most Beautiful Moment in Life, Part 1” and his first years of career.

MOA was surprised that the boys could recreate the choreography that is usually for 7 people, but their vocal talent and as dancers.

Without a doubt, it was a great gesture, not only because they are from the same company, but because TXT is struggling to follow their dreams and BTS started like them.