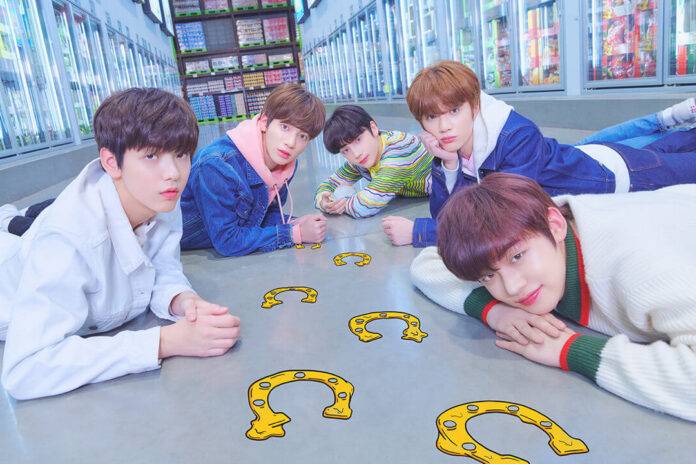 The boys from TXT held an interview with the music magazine Billboard where they talked about their expected comeback and the influence of BTS on their careers .

Hueningkai, Soobin, Beomgyu, Yeonjun and Taehyun have been demonstrating their talent on stage since they debuted with ‘Crown’ on March 4, 2019 and later promoted with ‘Cat & Dog’, tracks from their first album ‘The Dream Chapter: STAR ‘.

Now that they are close to releasing their album ‘ The Dream Chapter: ETERNITY’ on May 18 at 6 p.m. South Korean time, the Big Hit guys revealed some details of their career to Billboard magazine.

In addition to discussing their impact on the world of music , their first tour of the United States and their feelings of seeing their dreams achieved , the 5 members of the boy band Tomorrow x Together revealed some advice that BTS gave them.

Yeonjun commented ‘ BTS told us that we should give everything; that we should show the public everything we have on stage, ‘he also said that the Bangtan Boys always recommended to them to have a good attitude about the music and the performance of TXT .

While Taehyun expressed that the ‘Boy in Luv’ singers gave them the tip to always think about why they are standing on stage, the idol ended: ‘We need to act with confidence to show everyone exactly who we are.’

Yesterday the members of TXT revealed the second teaser for the song Can not You See Me, fans are very excited to hear and enjoy the new tracks from the band led by Soobin.