Home Celebrity TXT releases the video for Can’t You See Me, their new song 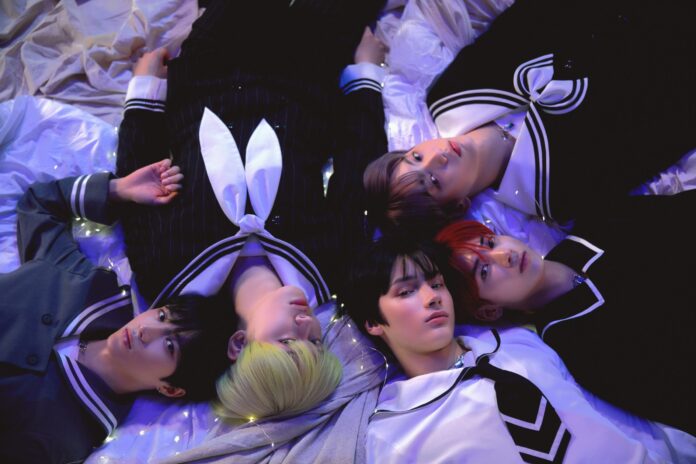 TXT returned with a new album to surprise their fans and show them powerful performances. The Dream Chapter: ETERNITY has been released and, along with it, the group has released the music video for Can’t You See Me, the title track of this record material.

The clip begins by showing a blue colored notebook that, when leafing through it presents a sequence that reveals that this is the place where the fire started. After this introduction, we see the 5 members of TXT in close ups that allow us to see their image for this comeback, all of them wearing a serious but charming look.

The narrative of this story begins and it is then that we see how the members of the group meet in a house to spend time together and make some memories while having fun, however, as time progresses some of the actions they carry out together and that before they looked funny, they start to look mean. QUE?

At the same time, the lyrics tell the transformation in a relationship, which can be adapted to different stories. Can’t You See Me describes the disappointment of seeing that, although at one point two people seemed inseparable and pledged loyalty, one of them discovers that the moment things get difficult the other person will not hesitate to leave him alone.

Although he tries to return to the side of this special person, she only shows her disinterest, leaving him aside when he needs it most. Due to this, he reveals that after these actions, his heart begins to feel heavy due to resentment. That is why we see the TXT members facing confusion in the face of a bond that, although it seemed accurate before, now they cannot understand it and their actions become clumsy.

Fire plays an important role in this music video by representing the chaos they feel inside as a result of an uncertain relationship.

During the previous weeks, TXT revealed different teasers that helped MOAs anticipate the theme of the story that the group would present for this comeback, what do you think of this new concept?

Watch the Can’t You See Me video below: