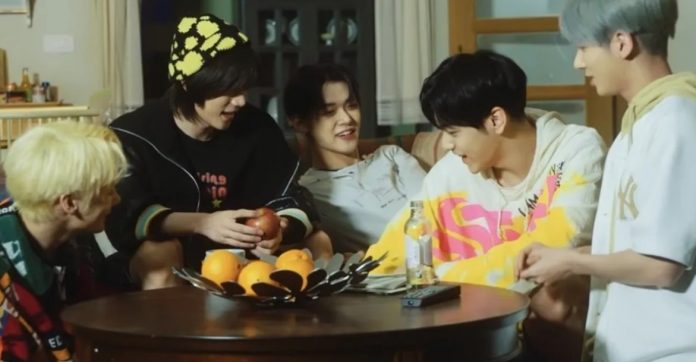 TXT has not stopped working or excited MOA and although their fans may not have been able to save these months, they are very happy for all the releases of their favorite K-Pop group ; since ‘The Chaos Chapter: Freeze’ , the singers have not stopped working.

Later, Tomorrow X Together released the repackage of ‘Freeze’ calling it ‘The Chaos Chapter: Fight or Escape’ in which they included new songs and versions of the existing ones in ‘Freeze’, demonstrating how well idols can adapt to new concepts. and ways to make your own songs.

And although a new MV was perhaps not expected , the idols have indulged MOA not only with a version that we can listen to, but also see in the new video.

TXT collaborated with MOD SUN ‘ to release a new version of ‘ 0X1 = LOVESONG (I Know I Love You) ‘ , which is a bit calmer and warmer than the original , idols let us see more of their amazing vocals and with a hip-hop beat that also appears in this new version.

Did you like this new version of the TXT track ? There is no doubt that the group shows great versatility with this MV and song, adapting their own compositions to new rhythms and types of music but that they are still as good as the original.

In other TXT news , Soobin is a huge fan of BTS, did you know? The TXT leader has one of Bantgtan’s idols as a role model.