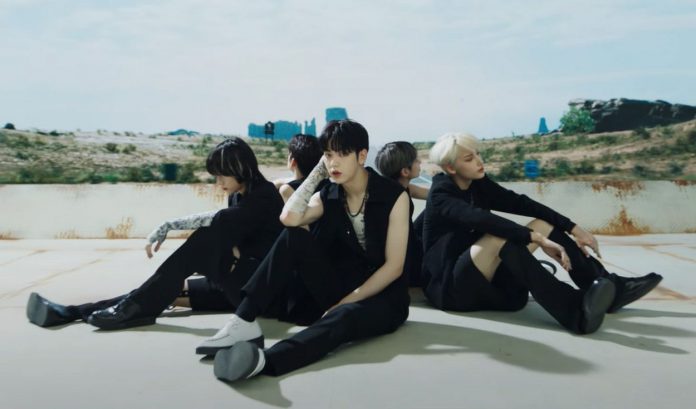 What is the relationship between the legendary Keith Richards and the K-pop group TXT Tomorrow X Together? Find out below.

Following the heartbreaking “0X1 = LOVESONG,” Tomorrow x Together continues its exploration of youth with a song that brings out the more rebellious side of the K-pop group. The five-member boyband returns to the music scene with “LO $ ER = LO ♡ ER,” the title track from their repackages album The Chaos Chapter: Fight or escape.

The video clip shows Huening Kai, Yeonjun, Soobin, Beomgyu, and Taehyun in different situations where they express their frustration while conveying the desire to escape.

“Run, laugh like you’ve lost your mind. Goodbye to tears. It’s time to say ‘run’, don’t look back ”, invokes TXT in the chorus.

According to the comments of the group, the title track talks about a boy who may be considered a loser to others but loves someone who means the world to him.

Taehyun explains, “Although the two characters may seem like losers, it doesn’t matter, because they are guardian angels to each other.”

These are some facts about the comeback that they met at the press conference with Tomorrow X Together reported by K-media.

According to the TXT leader, the dollar symbol in the song’s stylized name refers to what young people face in the real world. “One of the desires that the character discovers is money. He hates how adults are obsessed with money, but he realizes that he needs it to escape with his beloved, ”Soobin said.

Beomgyu added: “Of course its importance varies, but it is true that money is needed to survive. Our generation seems to think faster to get money ”.

2. What was Yeonjun inspired by?

On “Loser = Lover,” Yeonjun wrote his own rap lines. He described it as a “very meaningful experience” as it was the first time he had featured on a title song for his group. He was inspired by the series The end of the fxxxing world and the idea of ​​being saved by his soul mate.

One of the most curious stories in the song has to do with the legendary guitarist of the Rolling Stones.

Beomgyu recounted that Scooter Braun gifted a guitar used by Keith Richards to Bang Si Hyuk (Bang PD), who used this instrument in the creation of “Loser = Lover.”

The TXT member expressed that “it was a real honor” that the sound of that particular guitar is part of the song.

Check out Tomorrow X Together’s performance and their song “Loser = Lover” at the media showcase.