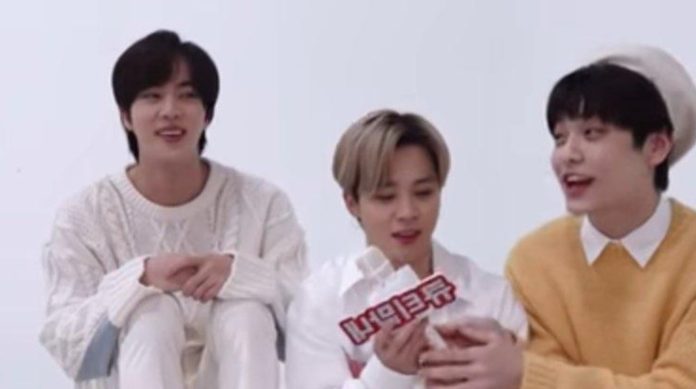 This is what you didn’t notice about the idols meeting to celebrate the anniversary of BigHit. As part of the celebration of the 15 years of BigHit , TXT and BTS had a meeting to perform a special photoshoot .

The boys have a great relationship the smallest of the company and decided to share the behind the scenes of the photo session they shared, so was their meeting .

While they were doing the photo shoot, they saw that they were joking with each other, fixing their clothes and having a lot of fun. Awwww!

Jungkook also external his desire to be tall such as Soobin . Everyone showed that they are really a family. Hueningkai gave them a kind of interview , J-Hope encouraged him and they shared how their dreams came true , Suga also said he was happy that they became a family .

The TXT boys also revealed who their favorite was, one of them dreams of making a duet with Jin . BTS also confessed their wishes to the little ones and they hope they can continue to grow as much as they over the years.

The confidence between both groups was demonstrated with the jokes that were made, Jungkook played with Beomgyu . LOL Without a doubt, their relationship is based on trust, brotherhood and mutual support.

Tom Ellis signs deal for season 6 of Lucifer on Netflix