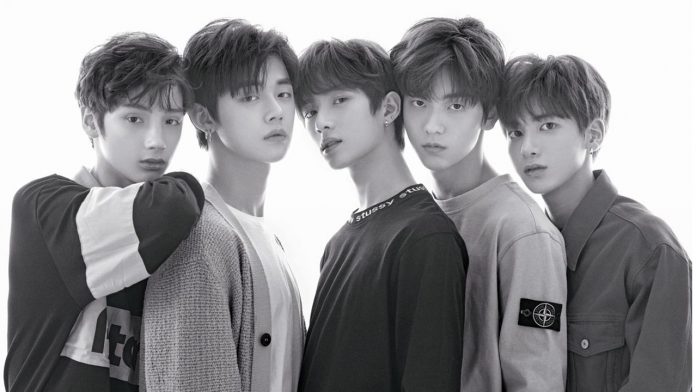 Since their debut, TXT has been a promise of success within K-pop and the boys have managed to reach a new record on music platforms.

The idols of BigHit started their dream in the Korean industry almost 2 years ago, there are almost 3 months until they celebrate their second anniversary, but they started 2021 with a new career achievement thanks to the support of MOA. The popularity of the group has been increasing and their music has conquered fans around the world.

Through social media, MOA positioned the hashtag # TXT500MonSpotify to celebrate that Tomorrow X Together is the fastest K-pop group to reach 500 million views on Spotifyand they only have less than two years of career. The fans shared their messages of congratulations and support for the boys.

The beginning of their career began on March 4, 2019 with the songs “Cat & Dog” and “CROWN”, since then they have conquered MOA with their concept based on magic, powers and alternate universes. This goal means that its presence at the international level is very large, since music platforms have become a new indicator of success.

TXT has released 4 albums, a trilogy made up of ” The Dream Chapter” Start, Magic and Eternity, in addition to their album “Minisode 1: Blue Hour” , whose songs have positioned themselves at the top of Spotify.

“not elevator but stairs” pic.twitter.com/8Zrj85ftSK

Singles like “Blue Hour”, “Can’t you see me?”, “9 and Three Quarters (Run Away)”, “Crown” and “We lost the summer” reach from 7 to 80 million streams on Spotify, in addition , have more than 3 million listeners per month. MOA celebrated this record by being a group with almost two years of career, but they managed to be the fastest to break that goal.

It is not known if there are plans for a new comeback for the New Year, but they could follow the story of “Minisode 1”Furthermore, with the passage of time, the boys have matured and shown a much more youthful side.

2021 started with new projects for the boys of TXT, Yeonjun will be part of the cast for the drama “Live On”.