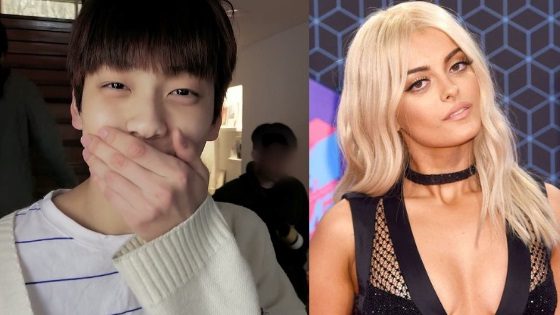 Find out where and how to see this long-awaited meeting.

It has been a while since, in an interview, Soobin made known his great admiration for Bebe Rexha , in that same event he confessed that he wished he had the opportunity to work with her. However, he probably did not know everything that would happen after such a revelation.

Bebe Rexha and TXT started following each other on Twitter and after that the girl even mentioned how sweet Soobin seemed to her. TXT fans were very happy due to the excitement of seeing Soobin approach one of the most admired people in the music industry.

But it seems that this was just the beginning, as Bebe Rexha recently announced that she will be making a live broadcast through her Instagram account, where she will also meet with the boys from TXT. She said she was excited to finally meet them and particularly Soobin.

Although it is not known exactly what they have planned for this transmission, many hope that we can listen to a little music from both and maybe even a collaboration, so that no one can miss this epic moment. Keep reading and find out where and at what time to see the meeting of these stars.