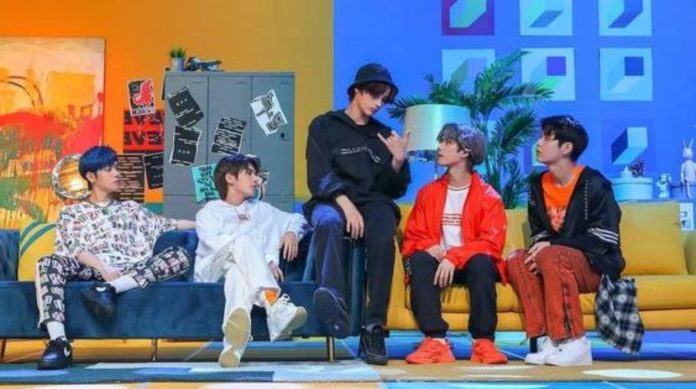 The comments and good wishes towards the group did not stop knowing this new feat. TXT is holding a new record.

‘ Crown ‘ is the debut song of TXT , which was unveiled on March 4, 2019, through the YouTube platform and MOA is very proud, because the MV has more than 100 million of views on the channel Big hit Labels .

The director of the video was Oui Kim and the animators were Kyeong Wook Jo, Cheon Seong Lee, the MV is about the discovery and acceptance of defects as the unique characteristic of people .

The letter is about different metaphors where people have many fears, especially of finding themselves, the mistake of thinking that they are the only ones they find is this dilemma, as little by little the defects are what decorate people and Accept yourself as you are .

With a very powerful choreography , backgrounds where the looks stand out, with outfit that highlight his youthful personality, Yeonjun, Soobin, Beomgyu, Taehyun and Hueningkai , show the audience a promotional video of the band’s debut album, ‘The Dream Chapter : STAR ‘ , which contains 5 songs.

With the hashtag #CROWN100M , fans are celebrating the MV of TXT by 100 million of view , it is noteworthy that the first video of a male group debut to get faster access to these numbers.

BTS: What is Suga doing in a girl?