Home Tech Two years later they find a nod to Diablo 3 on an... 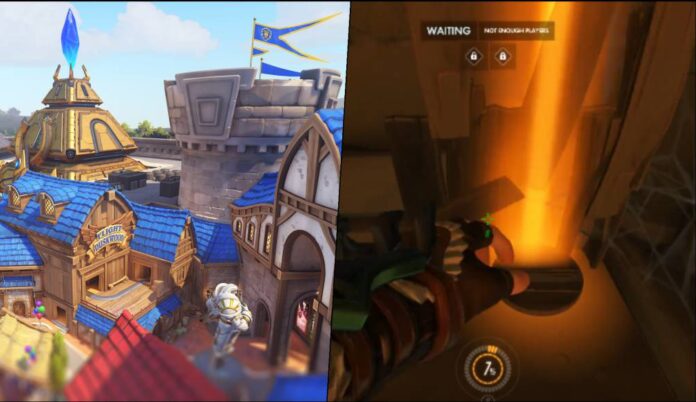 The Blizzard World map hides a wink to Diablo 3 that had not yet been discovered on social networks. Overwatch continues to surprise years later.

The Overwatch community continues to uncover hidden facets years after its arrival. In this specific case, a player has shared what happens when a certain action is performed on one of the most beloved maps by fans, Blizzard World.

According to the user Owlero on Reddit, after breaking all the barrels in the final area of ​​the map, a legendary drop falls: the orange silhouette next to an object, the hallmark of Diablo 3 since its launch in 2012. “I can’t be the first to discover it, “he acknowledges in the comments on his post. What he discovered “by accident” during a game, he later replied in a private one so that he could share it on social networks.

What is clear is that he has been the first to show it to the public. Collecting the item does not affect the game at all, nor is any exclusive cosmetic perceived. As pointed out by Eurogamer, it was learned of the existence of the wink of one of its designers weeks before its launch. In an interview with Polygon, Dave Adams, main level designer, already commented on the wink in 2017: “There is another reference to Diablo hidden in his section of the level. Players who destroy some barrels may hear the sound of a legendary item. ” Something that went unnoticed.

New 2020 anniversary event
Blizzard has already set the date for the next anniversary event. The celebration will take place on May 19 and will last until June 9. It will be the opportunity to receive the skins that you have not been able to obtain from your favorite characters, as well as “relive the limited modes” from previous seasons.

In addition, the chests will include designs like the ones you can see at this link. Zenyatta, Reaper and Ana have already shown their best clothes for the occasion. Remember that Overwatch is available on PS4, Xbox One, PC and Nintendo Switch. Its sequel remains undated.

Twitch Says Again That Hack Did Not Reveal Passwords For Its...

Galaxy A50 joins Android 11 family! here are the details