Home Sport The two-time champion with Detroit who got Jordan’s ear wet: “It wasn’t... 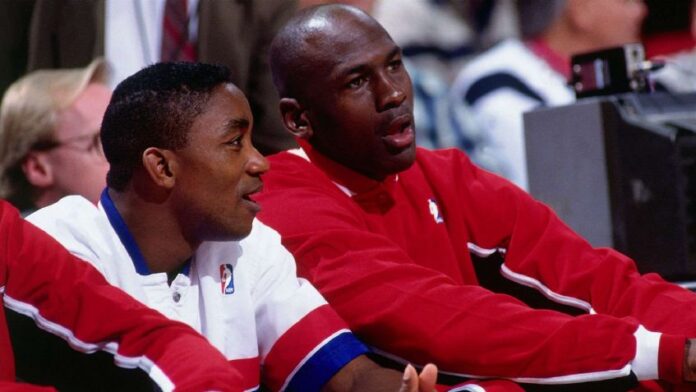 The two-time champion with Detroit who got Jordan’s ear wet: “It wasn’t competition”. Isiah Thomas assured that surgery in 1991 “practically ended” his career, but before that his competitors were Larry Bird or Magic Johnson and not the former Chicago Bulls. The statement is given in the context of repercussions generated by the series “The Last Dance”.

Former point guard Isiah Thomas, a two-time champion with the Detroit Pistons, said today that prior to his injury, Michael Jordan, at the Chicago Bulls, “was not competition.” “In ’91 I had surgery that pretty much ended my career, I was never the same again.”

“When Boston was at its best, we competed with them, but they were better than us and as we got older, we were able to catch up. What we were able to learn from Boston in that process, the Detroit Pistons and every time we You heard about what we became, we never mentioned ourselves as champions without mentioning the Boston Celtics, “Thomas recalled on Fox Sports.

Thomas faced Jordan 65 times and has a positive record of 36 wins versus 29 losses. The relationship between the two was not good, to the point that Thomas stayed out of the 1992 Barcelona Olympics at the apparent request of the North Carolina-born.

Messi asks for it: he wants it at Barça (and is...

WNBA players have made a decision about the situation with Britney...