Home Science If Two Sleds With Different Weights Are Released From The Leaning Tower... 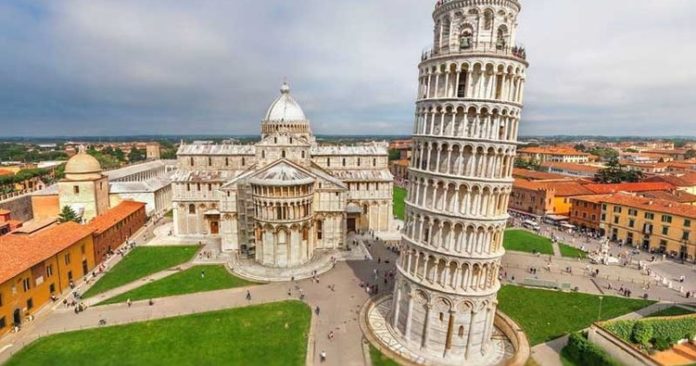 When you drop objects of different weights from the same height to the ground, which one falls first? This time, which simple physics can answer, we will make this question more interesting.

We will use a question on the corner of Randall Munroe in the New York Times newspaper to more clearly explain the results of Galilei’s free fall experiment. In the question sent to Munroe by e-mail, it is asked how two slides of different weights dropped from the top of the Leaning Tower of Pisa fall at the same time, but why they reach the end point at different times when left from the top of a track.

According to Munroe, the answer to this question is quite simply air resistance. The reason why Galilei’s trial does not actually result as described is air resistance. Gravity actually pulls everything evenly over the surface of the earth. But weather resistance causes objects to fall to the ground for different periods of time. Relatively heavier objects fall faster than objects that are lighter when they are thrown together. Because heavy objects can beat the air resistance more easily.

We can come after this point to the answer to the question sent to Munroe. An empty sled for two people weighs a minimum of 158 kg. In a test to be carried out, when a 163 kg sled, which is 5 kg heavier than this, is dropped from the top of the Leaning Tower of Pisa, it will appear as if it has fallen to the ground at the same time with a rough look. However, when the falls of the two sleds are recorded on the video and this record is slowed down, it will be seen that the two sleds do not fall on the floor at the same time. A weight difference of 5 kg will cause the heavier sled to fall to the ground as much as the thickness of a smartphone.

The fact that more distances are formed between the two sleds on a track is actually related to the fall times and the speeds the sleds achieved during this period. The sleds left from the top of the Leaning Tower of Pisa reach an average speed of 104 km / h. However, sleds left on an Olympic track reach a speed of about 160km / h and drift longer. This causes the heavier sled to open between the lighter and the sight to be seen comfortably at a rough glance.

If we collect it, different weighted objects dropped from a certain height fall to the ground at different speeds and at different times. The main reason for this difference is air resistance. Therefore, the experiment of Galileo Galilei will fail in the world. But we should not forget that; When weights increase, only the difference can be seen with high feature cameras to see the difference.

See What Autoimmune Diseases Are And What Precautions You Should Take