Home Entertainment Two Point Campus Is Now Official; Manage Your Own University In 2022 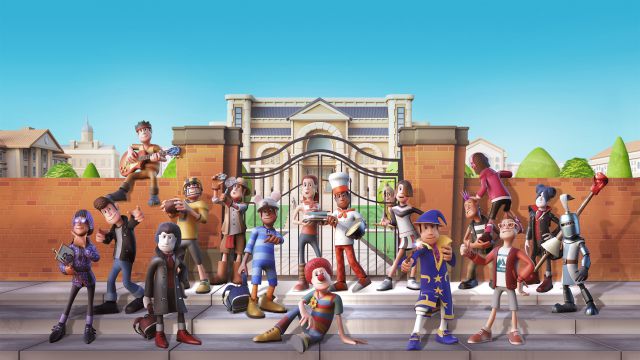 Two Point Campus: The title of the creators of Two Point Hospital appears in a big way at the Summer Game Fest. This time, we changed hospitals for student students. Two Point Campus is the new project from SEGA and Two Point Studios. After leaks, it is time to officially learn about the new management work of the parents of Two Point Hospital. The game was shown during the Summer Game Fest 2021, the event prior to E3 2021. Unlike the previous one, this time we will have to take care of managing a university. The title is scheduled for next year 2022 for PS4, PS5, Xbox One, Xbox Series X | S, Nintendo Switch and PC.

The first official information from Two Point Campus places us in a manager of university centers with all kinds of facilities, madness, unlikely situations and some margin for leisure and locals. The work will have new creative tools with which to build “the university of your dreams”. “Trace paths with new and simple tools. Create spectacular green environments. Set up benches, fountains, sculptures, hedges, and even wooden fences. The only limit is your imagination… and the centre’s budget ”, they explain.

Everything is ready for E3 2021 to begin. After the Summer Game Fest, practically all the major companies in the sector have prepared their arsenal of ads and games for a completely digital edition. Ubisoft will be the first to make a splash with its Ubisoft Forward; specifically this Saturday from 9:00 p.m. (CEST). Microsoft will be next, on Sunday June 13 with the Xbox & Bethesda Games Showcase at 7:00 p.m. (CEST). The time has come to see Halo Infinite again and… Starfield? Soon we will get out of doubts.

That same Sunday it will also be Square Enix’s turn with its Square Enix Presents. We will have to hurry, as the event will start at 9:15 PM (CEST) and there won’t be time for much in between. Monday will be somewhat quieter, although Capcom has called on us to be aware of their news at 11:30 p.m., Spanish peninsular time. The dessert will be put by Nintendo in this digital edition of E3 2021.

We know that your Nintendo Direct (6:00 p.m.) will last approximately 40 minutes and will help us to know titles that will arrive mainly in 2021; the doors are therefore left open to games that come out later. Then a three-hour Nintendo Treehouse: Live. Yes, the sequel to The Legend of Zelda: Breath of the Wild comes to mind.

7 things We Know about Cells 3 at the moment