Home Entertainment Two Point Campus: how to get three stars on Freshleigh Meadows 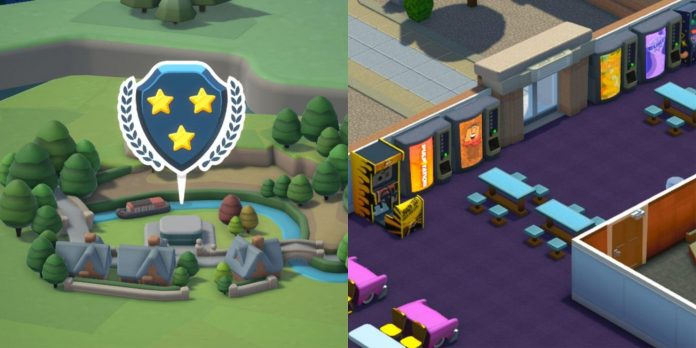 Time to get the campaign in Two Point Campus started! One slight issue: While the tutorial helps at the start, it’s going to take some mastery to get three stars. For completionists, it’s hard to move on until this campus is maxed out on stars. This guide will make that happen.

RELATED: Two Point Campus: How To Expel A Student (& When To Do It)

The first part of this guide will go over the exact requirements for each star. The strategy for conquering Freshleigh Meadows will be the second part. While many walkthroughs take each star individually, it’s a tremendous pain to go back and get every room to 75% attractiveness, for example. It’s better to know what to do ahead of time so that the entire Two Point Campus doesn’t need to be bulldozed and overhauled.

Campus Level 5 Student Happiness Rating: 60% Have a student get a C Virtual Normalcy

RELATED: Two Point Campus: How To Speed Up, Pause, And Slow Down Time

About half of these goals can be accomplished without much effort. Some would take huge effort to avoid. The only real hangups are going to be the happiness rating, the A grades, and making the dormitory look nice.

When making the dormitory, there are ordinarily three factors to consider, but the temperature is consistently perfect in Freshleigh Meadows, so it all comes down to hygiene and attractiveness. If the hygiene is low, hire a janitor and stick him in the dormitory. Adding Hand Sanitiser is also a smart idea. Attractiveness is all about windows and decorations. This early into the game, decorations are tough to come by, but it should be simple to toss up a few windows.

Student happiness rating can be a fickle thing that swings wildly. If players are going through the campaign for the first time, they won’t have access to all the parties and events that boost this category. Instead, some conveniently placed arcades should be just the ticket. There is an entertainment tab for each room that permits entertainment, place any of the objects down.

The biggest issue with getting A grades is that the process of training the staff isn’t unlocked for a few more areas. The biggest factor is having a great teacher; look for teachers who apply that have a three or better in their field of study. Don’t fret if most students are getting Bs or lower; players don’t have much control over the students that apply, just give them good facilities and luck will provide at least ten aces eventually.