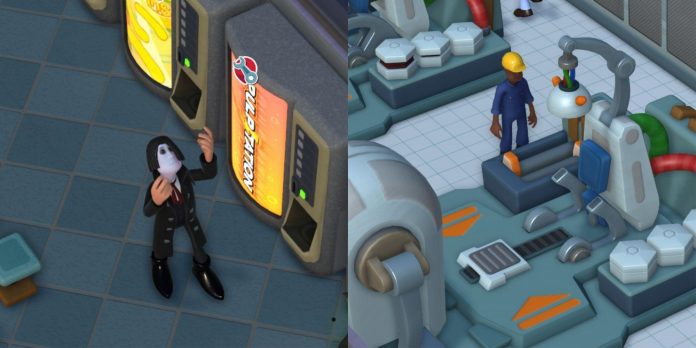 It’s not wrong to believe that maintenance workers will eventually fix broken equipment in Two Point Campus. However, if that was working out nicely, there wouldn’t be a need for this guide. For reasons not immediately apparent, janitors will oftentimes not fix serious problems for the entire school year.

That’s a huge issue, especially if it’s a lectern or a food station. Not learning and starving to death are two big no-nos in Two Point Campus. So what is the deal? And how can players call a maintenance work over to deal with the issue right away?

When coming upon a busted object, getting a maintenance person there is just a few clicks away! Just click the item, and clock on the icon in the shape of a wrench. The text says, “Call Janitor” and it will grab the next available janitor, telling them to hurry on over.

This is the same process for non-traditional “broken” objects, such as smelly beds. This happens naturally as general use wears down many of the game’s objects. If a student is doing this on purpose, it might be time to consider expelling the individual responsible.

How To Better Manage Repairs

It’s quite possible to get to a place where broken items get fixed without needing to interrupt anyone’s routines. The simplest method is to have an adequately staffed squad of janitors. When broken objects sit too long, it’s due to the staff taking care of other issues, such as litter and fighting off enemies.

For those who don’t like losing that much money just for staff, pause the game and queue up some maintenance training. Although every janitor is capable of performing maintenance, they’ll be much more expeditious when a machine teaches them how.

Anne With An E: This is what has to happen for...

In the spotlight of the “Midnight Sun” Marvel demonstrates the abilities...